Structural and hydraulic renovation of the sewage system

Ischgl is booming – and has been so since the opening of the Silvretta cableway back in 1963 which, at the time, was the longest cable car system in Austria. After just four years, 100,000 winter tourists were turning up. The growth spiral of tourism rose rapidly in Ischgl. By 1976 the community had already achieved the highest capacity of all winter sports regions in Austria. Currently there are close to 10,500 guest beds – almost 7 to each of the 1,539 local residents – occupied on a hundred days in the winter season from October to the beginning of May. So that Ischgl can remain one of the most popular winter holiday destinations in the Tyrol in future, the local infrastructure also needs further development alongside the development in tourism. This also includes the sewer system. 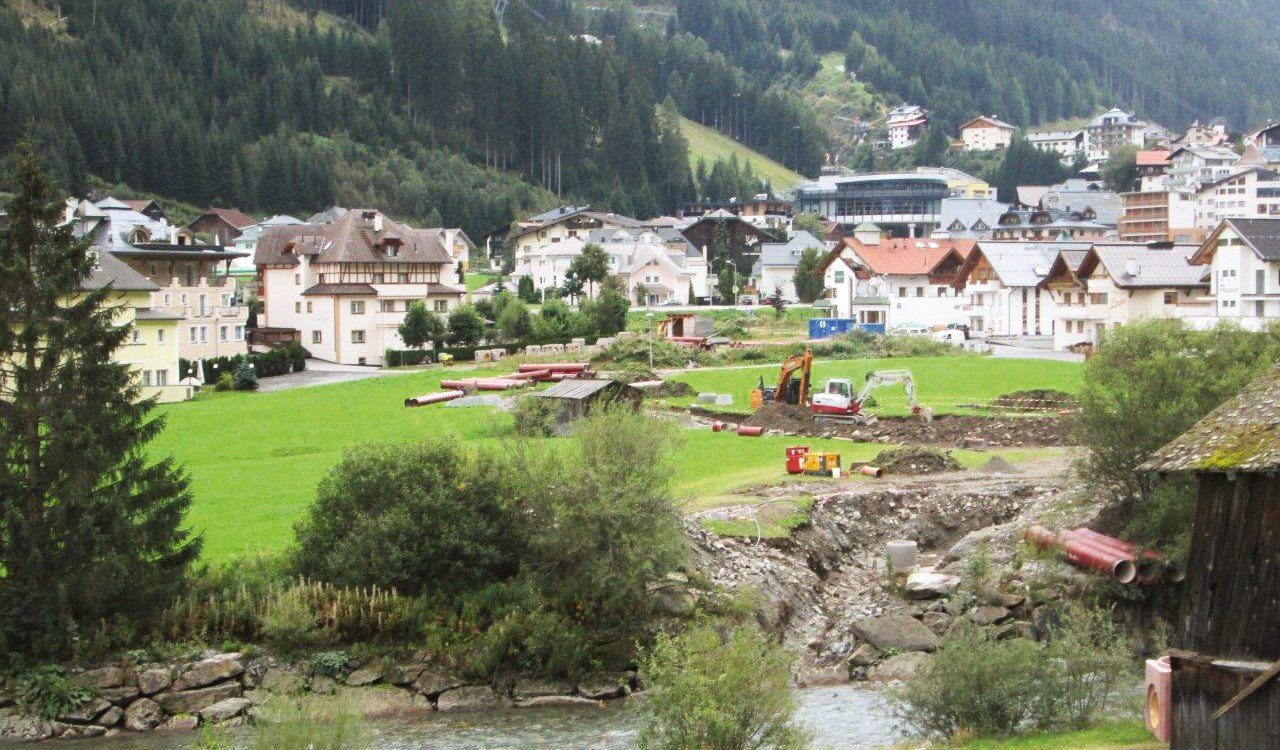 The route taken by the pipeline on the outskirts of Ischgl.

A sewage system in need of hydraulic and structural renovation

For a long time now and certainly since the record flood levels of 2005, it has been known that the sewage system belonging to the municipality and the wastewater association of Oberpaznaun was defective from the stormwater overflow basins at Versahl to the district of Schmittaboden. In past years, whenever there was heavy rainfall, hydraulic capacity was being exceeded, triggered in part by the increased building activity in Ischgl and the associated increase in the sealing of surfaces. Meanwhile the partially desolate condition of individual sections was leading to a reduction in hydraulic capacity. Between the years 1978 and 2013, the degree of surface sealing and the available catchment areas had changed and a new approach to land use planning had come into being. Therefore in 2013 the community of Ischgl decided to recalculate the hydraulic situation of the entire sewage network and, based on the results of this, carry out a structural and hydraulic renovation of the network.

For financial reasons, the community decided first of all to renovate the sewer system from Schmittaboden to the Versahler Bridge in an initial development stage. The communal collector from the hamlet of Schmittaboden to the stormwater overflow basins at Versahl, which is approximately 1,600 m long, has some major structural defects. Over a length of about 400 m, the sewer was laid very deep, in places with a manhole depth of as much as 7 m. The bottom of the sewage pipe was worn through and the manholes had numerous fist-sized holes in them and were leaking. Extraneous water was penetrating, which was contributing to an additional hydraulic loading of the combined sewer. The clinker bricks in the bottom of the manholes had broken up and been washed away in places. What is more, in this section of the Ischgl local drainage system there were still two stormwater overflow systems in existence which were no longer up to standard and have been adapted according to water rights legislation. The engineering company Ingenieurbüro Walch & Plangger were commissioned for planning and supervising the renovation and construction work.

The extensive renovation project included the replacement of around 1,211 m of combined sewers with pipes in the diameter range from DN 250 to DN 1000. The project was located almost entirely in an Alpine region. This alone produced some high requirements for the piping system to be selected. Added to this was the position of the pipes at a depth of up to 7 m with groundwater all around. Therefore, in ductile cast iron pipes to EN 598 from TRM (Tiroler Rohre GmbH) were used over a length of 800 m to prevent infiltration. 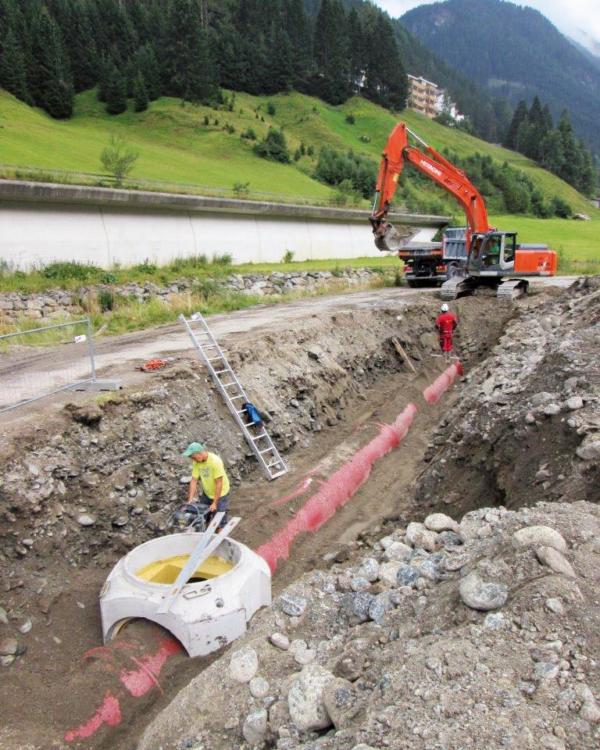 Backfilling the trench after installation of the
manholes and the pipes with protection against
extraneous water. 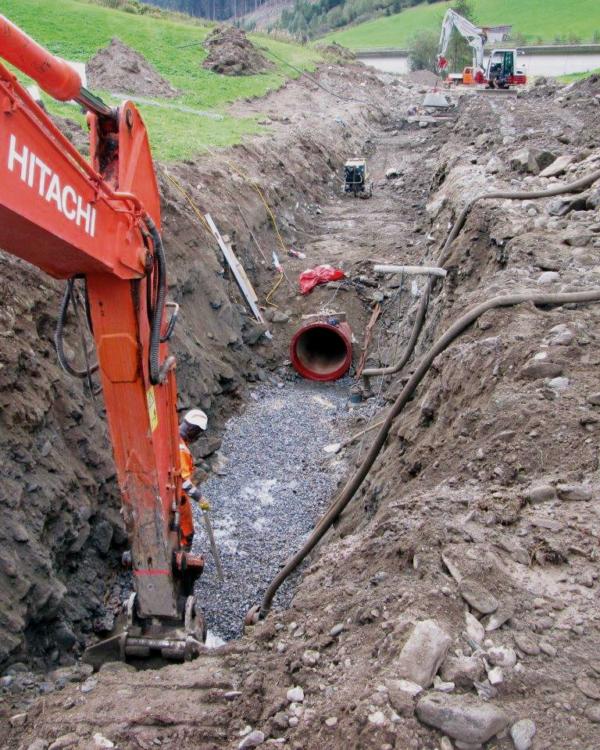 Installation of the ductile iron pipes in an area exposed to groundwater.

Waste water pipes to EN 598 are tight against extraneous water

Evidence of the tightness of push-in joints of pipes to EN 598 against infiltrating groundwater (extraneous water) has already been provided in the context of the obligatory performance tests requested by the standard. Push-in joints with a maximum annulus are selected and then tested in two different ways as regards their tightness against infiltration. The joints are tested firstly with a positive hydrostatic external pressure of 2 bar (20 metre head of water) and then with a negative internal pressure (vacuum testing) of 0.9 bar, in each case over a period of 2 hours. This ensures that no groundwater can penetrate through the push-in joints of ductile iron pipes even under extreme conditions.