“Root penetration in sewers” is known to be an obstacle to flow from the camera inspections regularly carried out inside piping systems. In private drains, root penetration often only becomes noticeable when blockages and backing up occur, along with the resulting consequences. In public sewage systems root penetration is one of the most frequent causes of damage. But in both private drains and public sewer systems these sections of pipelines are considered not to be tight. 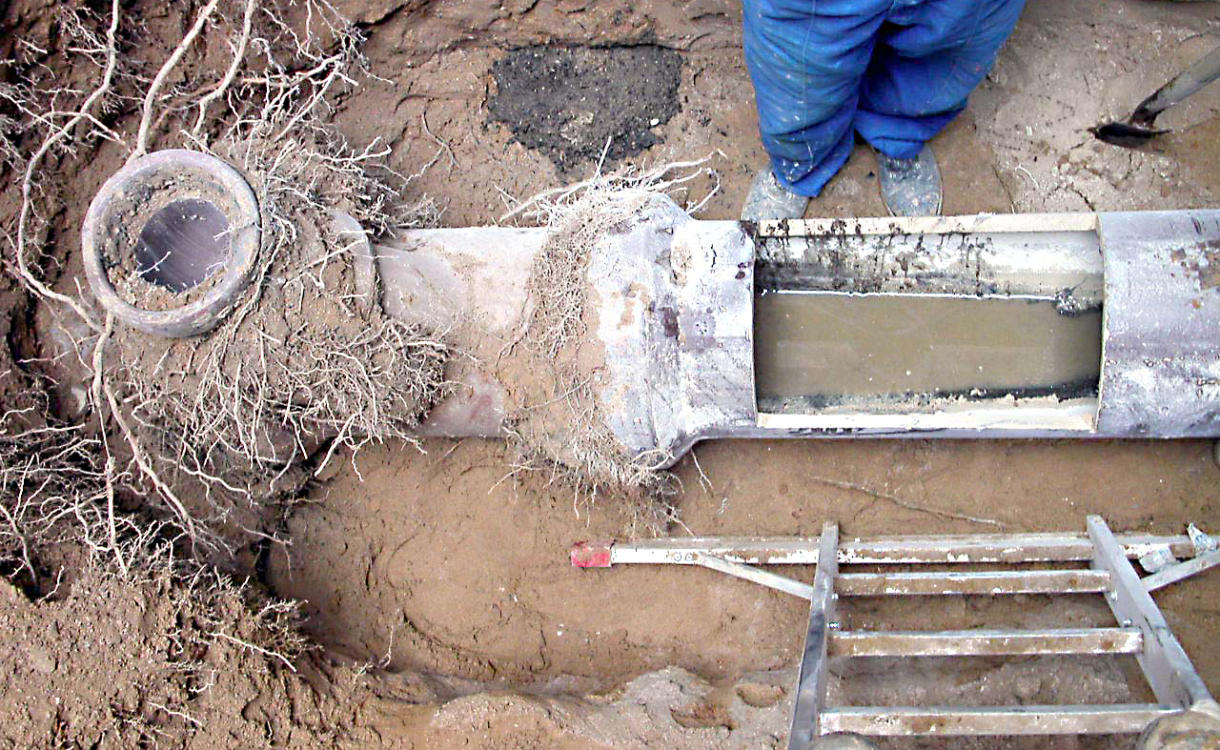 Roots at a depth of 7.00 m, which have grown to this depth because of the good oxygen supply.
Source: Schmiedener, H. 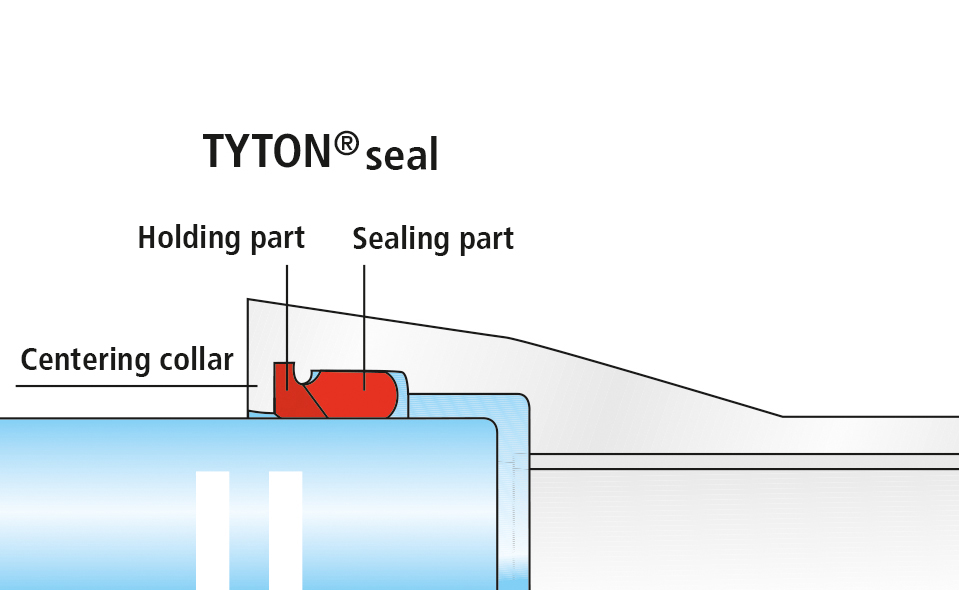 The availability of oxygen in the ground has a major influence on the way that roots spread. All vegetable organisms need oxygen to maintain their metabolism. The sealing-over of the ground in urban areas greatly limits the level to which oxygen can get into the soil. Sewers are usually operated as gravity pipelines and sufficiently ventilated via maintenance and inspection openings (manholes). The major part of the pipeline is filled with air. With casting compound, shrinkage can cause cracks to appear in the casting material. In this way, the oxygen contained in the air can get into the area surrounding pipes and pipe joints in the soil. When planning sewage systems, little attention is paid to the gas permeability of pipes and pipe joints. However, even with newly laid wastewater pipes, this can favour the growth of roots. With pipe materials, which are not gas-tight, oxygen can leak out even when the pipelines are intact. According to the oxygen model, roots grow towards the source of oxygen and so find the pipe joint. This model (oxytropism) is supported by the results of Porterfield, D. M. and Musgrave, M. E. Seedling roots of peas (Pisum sativum L.) follow an oxygen gradient in the direction of the higher O2 concentration.

The technique for testing resistance to root penetration has been published as EADIPS FGR Norm 76.

The background details to this are described in the article entitled “Root resistance of ductile iron pipe joints” in Volume 51 DUCTILE IRON PIPE SYSTEMS.

The long-term sealing performance of TYTON® push-in joints were determined by the Institut für Rohrleitungsbau (iro), Oldenburg. The results are described in test report No. G 32 980.