Relocation of a DN 400 transport pipeline

The community of Villmergen lies in the South-East of the Swiss Canton of Aargau and is particularly famous as the site of the historic battles in the two religious wars of the Swiss Federation (the “battles of Villmergen”) in 1656 and 1712.

Since 1895 Villmergen has had access to a central water supply. Investigations in 1945 revealed that a water conduit made of clay pipes existed in Villmergen right back in Roman times.

In the 1990’s, severe weather meant that the streams in Villmergen burst their banks on a number of occasions, causing damage amounting to millions. A master plan for flood protection developed in 2001 was the basis for a project to restore the Trybach stream to its natural state. Until then it was routed through a concrete pipe which led to flooding in periods of heavy rain as there was no natural outlet for the volumes of water.

Opening up the Trybach and relocating the bed of the stream should enlarge its run-off profile. At the same time the intention is to achieve an almost naturally flowing stream once again.

In connection with opening up the stream, it was necessary to relocate an existing DN 250 transport pipeline, because otherwise it would run underneath the new streambed. At the same time the nominal size of the pipeline from the pumping station to be relocated was increased to DN 400 for capacity reasons.

For the construction project as a whole, more than 200 m of ductile iron pipe of the vonRoll ECOPUR DN 400 type with integral polyurethane (PUR) coating to EN 545 and epoxy-coated vonRoll ECOFIT fittings to GSK/RAL-GZ 662 were used. All the push-in joints were restrained with the HYDROTIGHT thrust resistance system.

A particular factor in the planning and execution of the relocation of the pipeline was a culvert for crossing the new streambed. The necessary ventilation at the two high points of the pipeline were achieved with two vonRoll VARIO 2.0 underground hydrants, whereby a simple telescopic system allows a variable setting of the definitive installation height. 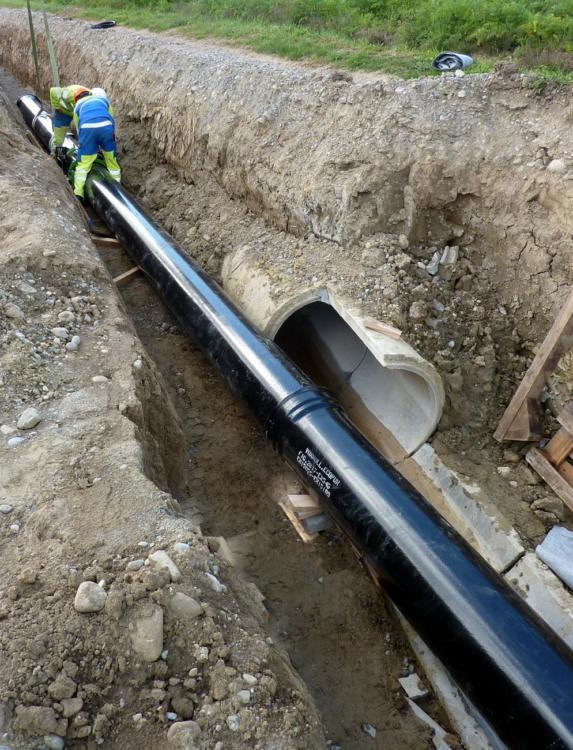 DN 400 transport pipeline: installation of ductile iron pipes – crossing of the stream to be relocated in the concrete pipe 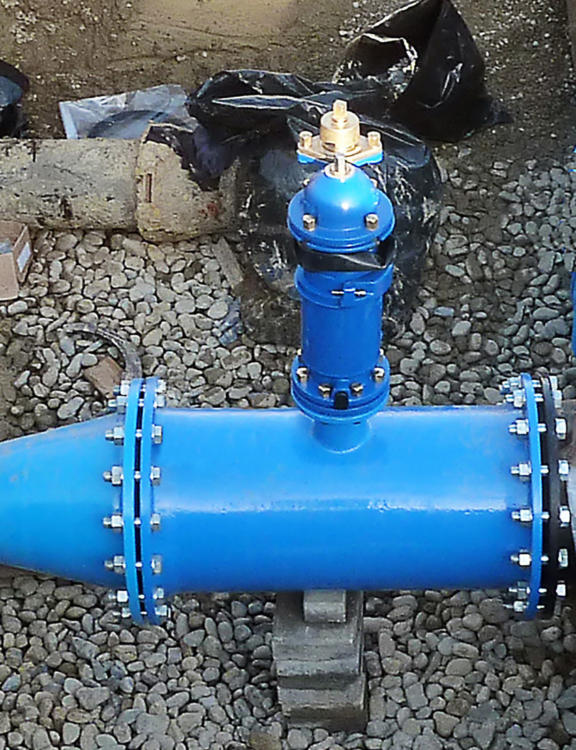 High point with ventilation consisting of a vonRoll VARIO 2.0 underground hydrant and a all flanged tee