The last winters proved it: natural snow occurring later and later along with ever shorter periods of cold weather are putting new demands on technical snowmaking systems. Therefore Bergbahnen Westendorf is currently extending its snowmaking equipment so that the water for snow production is certain to be ready for the start of the 2016/2017 season. Work was started in April 2016 and, among other things, includes the following individual tasks:

Generally speaking, where geological conditions are difficult, extra requirements are placed on the operational reliability of the piping system used. In this case, for example, subsidence can occur in the artificially produced “Kreuzjöchlsee” dam which has an impact on the reservoir extraction pipeline. The redistribution of loads in the ground/pipe system as well as changes in the position of the pipeline (angular deflection and length variation) are the consequence of this and demand the use of a robust pipe system.

The 7,800 m long reservoir extraction and field pipelines are therefore produced with pressure pipes in ductile cast iron with the proven BLS®/VRS® – T restrained push-in joints, which can undergo deflection of up to 5°. The reservoir extraction pipeline has been designed in nominal size DN 600 with a allowable operating pressure PFA of 32 bars and can take a maximum traction force of 1,525 kN.

Among the client’s essential criteria for awarding the contract for the piping system were having the factory located nearby, with the security of supply during the construction phase associated with this, and the ease and functionality of laying. Therefore Bergbahnen Westendorf continued to put its trust in ductile iron pipe systems from the TRM range of products.

By embarking on this project, Bergbahnen Westendorf can increase its guarantee of snow for the next skiing season and look forward to next winter with confidence. 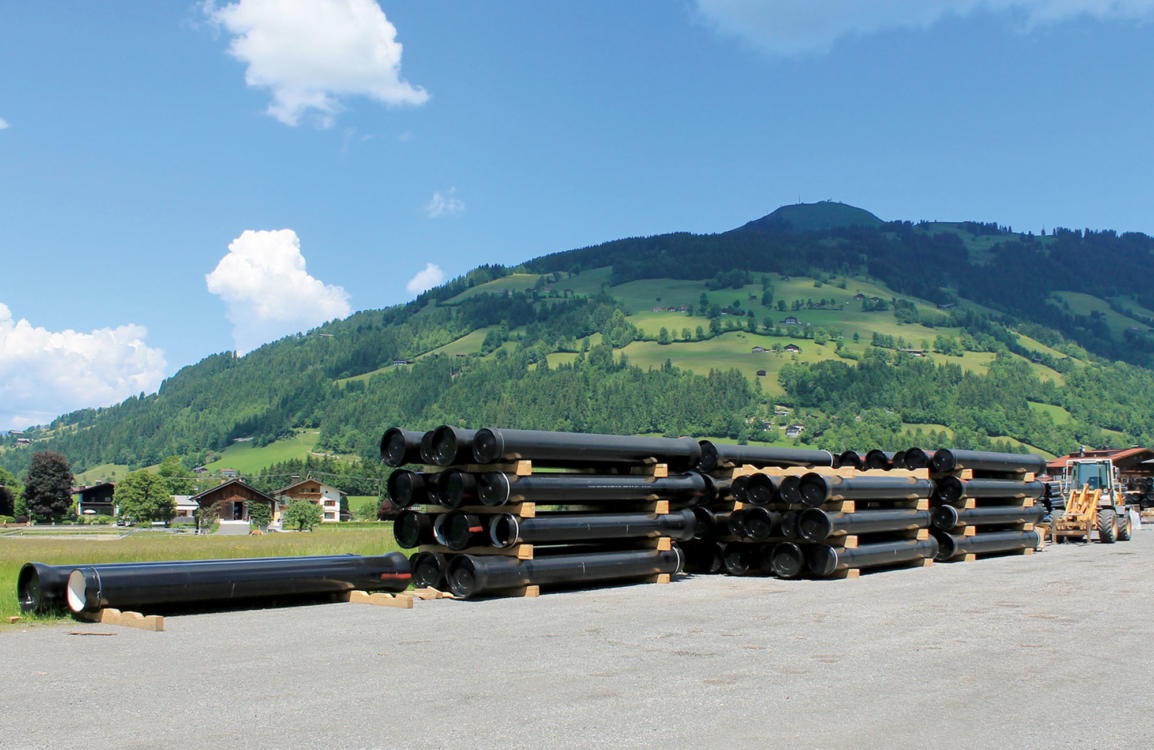 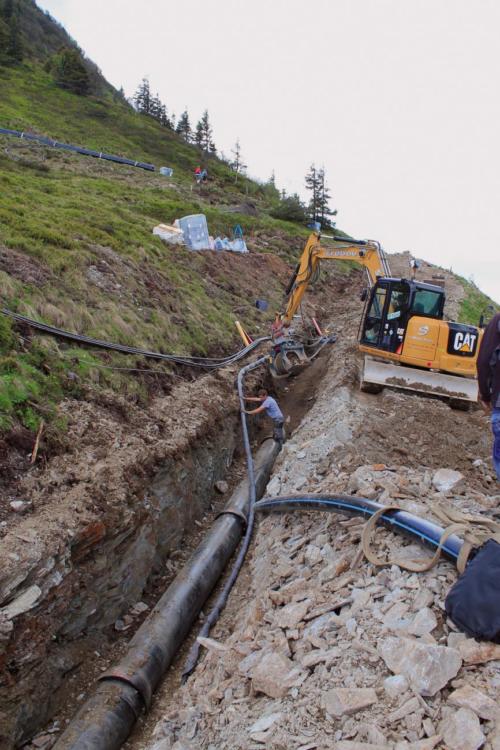