Spectacular pipe mounting in the vertical

After a little more than a year of construction time, in September 2019 the new hydropower station in Finhaut, Switzerland, was able to be put into operation. However, achieving the Finhaut microgeneration unit took ten years overall: from project planning in 2008 until the start of construction work in summer 2018. The water from one stream and three wells was combined and then fed into the filling chamber of the microgeneration unit via a sand trap upstream.

The topography of the location and the geological conditions made things difficult for the engineers and technicians: the slope is extremely steep and there was very little space for the installation of the entire plant, which was built on the rock.

In 2009, a drinking water pipeline was laid along part of the road between Finhaut and Emosson in the Canton of Valais. Also installed in the trench for this was an empty plastic pipe, with the intention of later being able to use water from the “Le Besson” stream and the wells at Finhaut for turbines to generate power.

In later years, various feasibility and viability studies showed that, with the help of the local conditions, the water pressure could be increased by 10 bars, thus enabling the turbine output to be doubled. However, to achieve this the turbine building had to be moved approximately 200 m.

In summer 2018, construction of the new pipelines could be started. In addition to the high water pressure which the pipelines had to withstand, those responsible for the project had to face a whole series of further structural challenges along the way: the open crossing of the stream, the crossing of the main cantonal road and, not least, the complex installation of the pipes in the lowest area with its almost vertically falling rockfaces – all this had to be overcome. These were all reasons why a pipe was sought which not only was able to take the high water pressures but was also easy to lay. The plastic pipe was definitely no longer a contender for this. 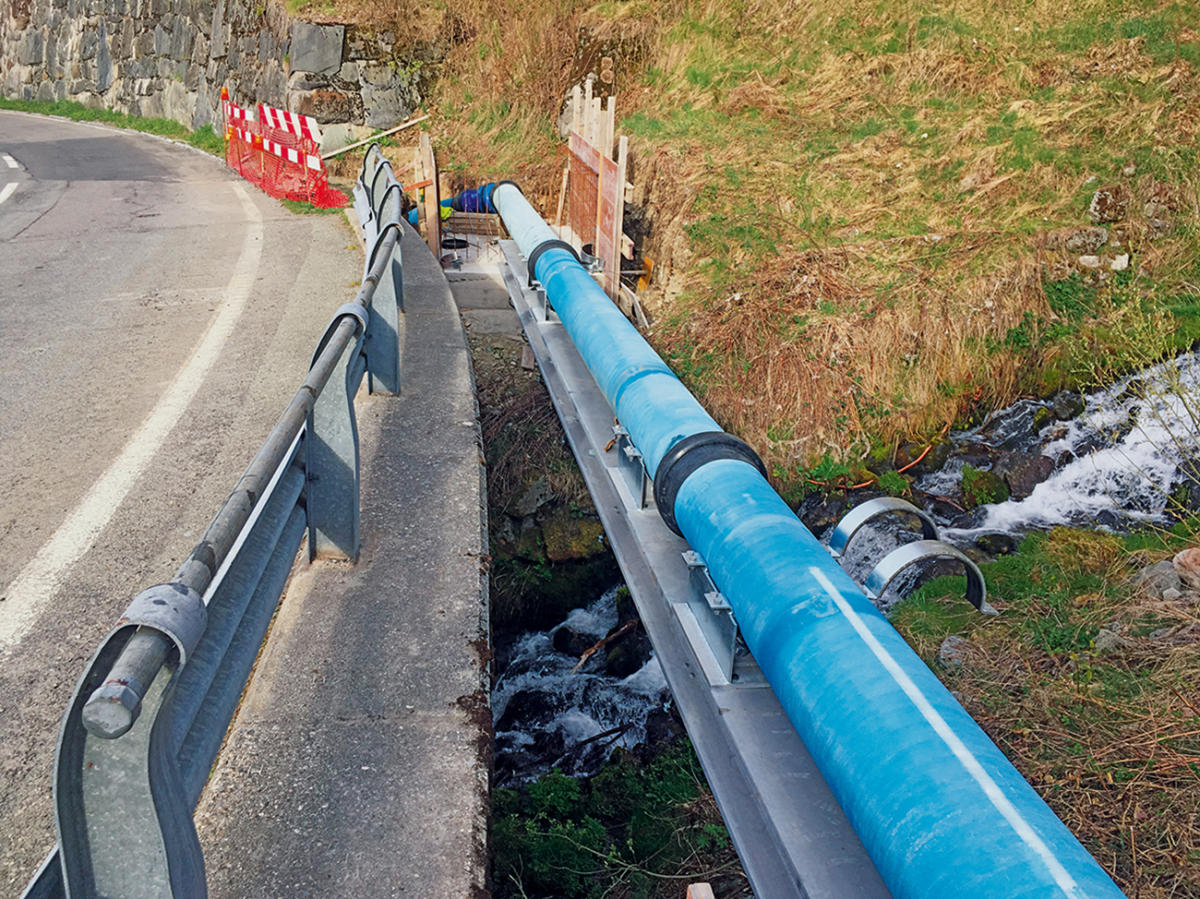 Open stream crossing with thrust blocks on both sides. 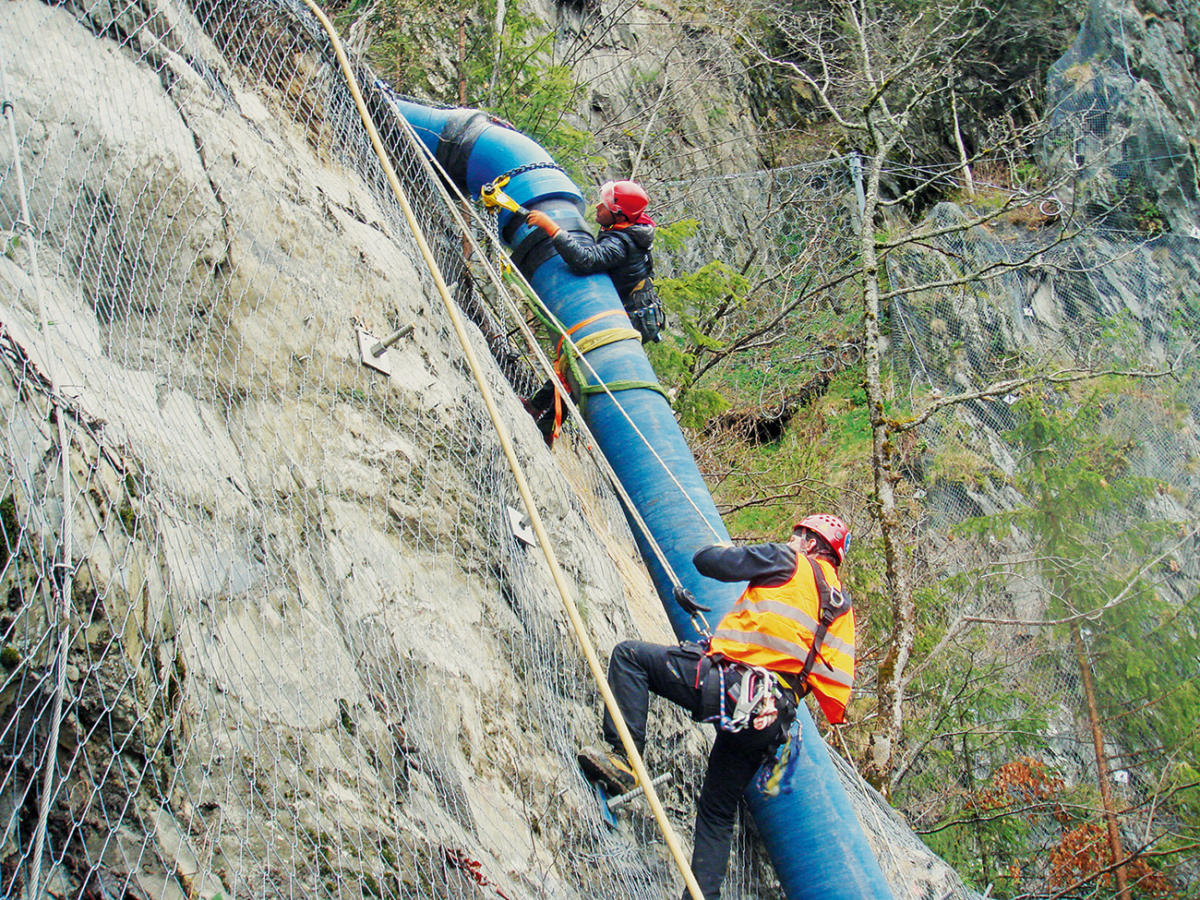 Full physical involvement in the steepest of terrains. The BLS® joint from Hagenbucher can take the vertically acting tractive forces without problem. The pipes were flown in by helicopter.

Against this background, the SEIC-Télédis group, which assumed responsibility for project planning and construction, decided in favour of using DN 400 ductile iron pipes with cement mortar coating and BLS® push-in joints from the Hagenbucher company. Experiences with ductile iron pipe systems in similarly located projects had been very good and their use had proved successful. Thanks to the uncomplicated assembly, it was possible to assemble the pipes with restrained joints while they were still suspended from the helicopter.

Since September 2019 the plant has been generating power: with an output of around 420 kW, it will produce 1.2 GWh a year, which covers the needs of about 300 households. This also meets the objectives of the “Energy Strategy 2050“, which aims to increase local hydropower production. A project which also harmonises with the Energy Strategy of the community of Finhaut. As a “sustainable village” in the Mont Blanc region, Finhaut is working to promote renewable energies.

The project in numbers