Installation of a sewer of ductile iron pipes on a steep

Framed by the idyllic backdrop of high mountain peaks, sun and snow spoiled: the Nassfeld in the Carnic Alps attracts tourists in their thousands every year. With 1.4 million overnight stays a year – and the trend is upward – communities and investors in the region want to develop yet more tourist structures and/or extend existing ones. An essential precondition at all is a well-functioning water supply and wastewater disposal system. And for sewage disposal in particular, ductile iron pipes have been used for a long time.

At the Nassfeld and in the valley floor (Tröpolach, further projects are planned in the coming years. Wastewater from properties on the Italian side of the border region is already being handled by the Carnic region wastewater association which is responsible for the Nassfeld. 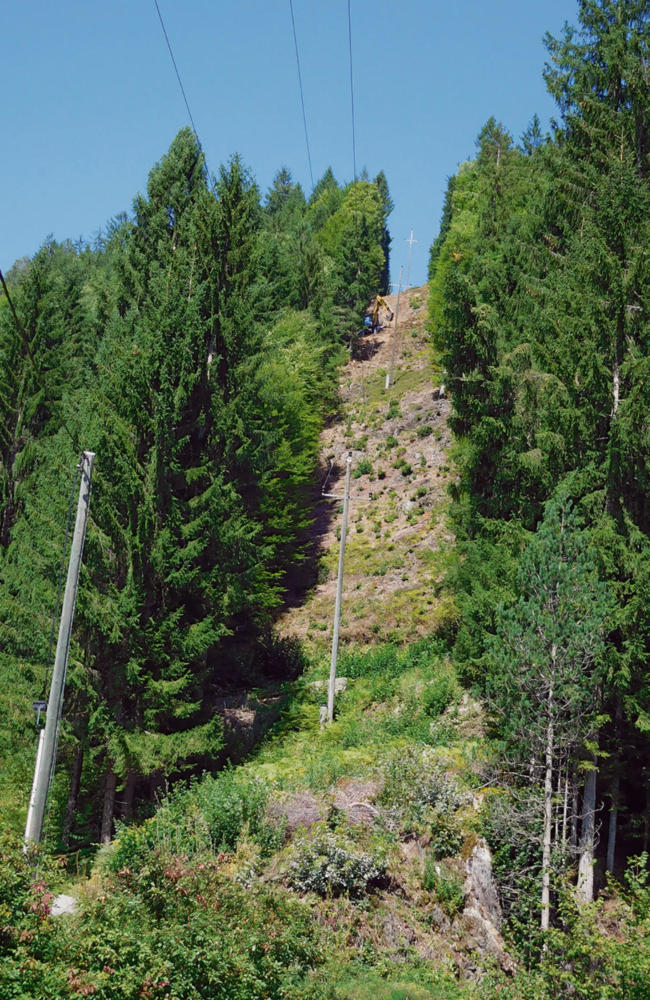 In order to protect ductile iron pipes against external factors, pipes with cement mortar coating were used. Delivering the usual pipe-bedding material on the steep slope was not possible. 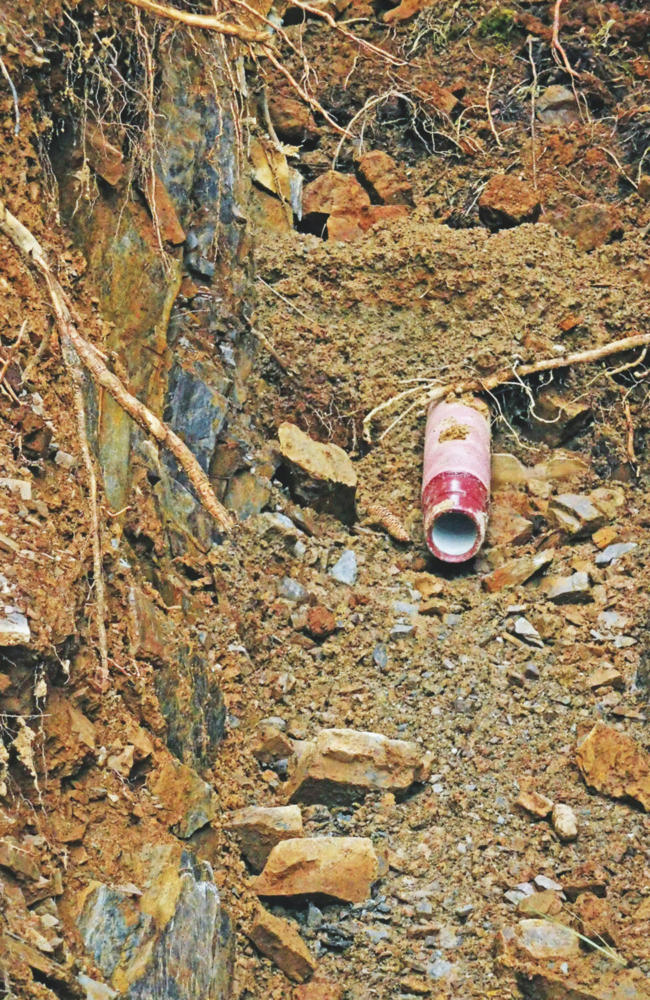 The geological and tectonic conditions in this region make it prone to landslides. The use of ductile iron pipes with cement mortar coating was therefore a “must”.

Drainage for a scattered settlement with ductile iron pipes

Actually, the drainage of the scattered settlement with 25 properties at the Guggenberg is no longer part of the Carnic region wastewater association. But because of the touristic development to be expected, the lack of alternatives and the unequal distribution or increased occurrence of wastewater in specific months, it was decided to connect the outlying properties on its wastewater network: With a straight-line route over a length of 1.5 km and steep terrain with a gradient of up to 45°.

A construction project holding many challenges, but individual or group sewage treatment plants would have had an unsatisfactory result because the utilisation rate in the Summer and Winter months is extremely high and very low in the off-season. Another option to the directly running steep route would have been the much more expensive pipeline route over the 4.5 km long winding access road to the scattered settlement. The solution with thrust and tractive restrained ductile iron pipes quickly became clear while planning the construction work.

The construction of the wastewater pipeline involved overcoming around 400 metres of altitude difference and crossing a wide variety of alpine zones. In addition, the pipeline had to be resistant to external influences such as landslides. The requirements for the pipe material used were correspondingly high and the decision was made to use robust DN 80 ductile cast iron pipes with the VRS®-T push-in joint from Tiroler Rohre GmbH. These also score points with the abrasion resistance of the cement mortar lining (ZM-A), which is guaranteed even at high flow speeds, as occur in steep slopes.

The bedding of the pipes in conventional bedding material was not possible in this steep terrain, which is why ductile iron pipes with cement mortar coating were used. The coating provides reliable protection against e.g. rockfalls during installation which could damage the pipe. Thanks to the VRS®-T restrained push-in joint, there was no need for additional thrust bearings. The constant movements make it necessary to use expansion compensation (long-sleeve sockets), developed by Tiroler Rohre GmbH.

The greatest challenge when constructing the wastewater pipeline was without doubt the earth-moving work and the transport of the pipes on the extremely steep gradient. The installation of the pipes was only possible with a so-called “spider”, a walking excavator. With the help of independently controllable walking legs, it is also possible for the driver to carry out operations even in difficult terrain. But even with the equipment constructed for challenging earth-moving work, there were misgivings about its feasibility – a comparably steep construction site had not existed before.

The equipment operator from the Porr-Seiwald consortium took up the challenge with the “spider” and an additional winch securing device. So a trench was able to be excavated for the pipes in the conventional way, without the need for cost-intensive boring into the rock. The pipes were also transported with the walking excavator – a tough business.

The spider not only dealt with the earth-moving work but it also transported the pipes.

The construction logistics also faced the clients and planners with some major challenges, but with Tiroler Rohre GmbH they had a reliable partner at their side who supplied pipes and fittings made of ductile cast iron promptly and precisely.

The work of constructing the entire 5.5 km long pipeline took a little over one year; 1.5 km of this is the length of the section of wastewater pipe described on the steep gradient. Even if the rather lackadaisical motto “buried and forgotten” does not apply with the Carnic region wastewater association, it is assumed that there will be problem-free operation for many decades. For this reason, top quality pipe material is all the more important here. Luckily, ductile iron pipes promise a long working life.