How to explain the function of a control valve?

The presentation of technical products can be a challenging task for companies. On the one hand it is not merely the component that has to be represented, but also the interplay between components and hence their function. On the other hand, the advantages and particular features of the product have to be illustrated and singled out. Not least, everything has to be expressed in different language. Naturally, the presentation of technical products should also excite the curiosity and attention of the client and “sweep him away”.

Dry technical texts alone do not do the trick here – but pictures! A picture speaks more than a thousand words, but a picture is also only a momentary snapshot. The interplay of components can only be illustrated if the components are moving. This provides an opportunity to present products such as the RKV Type 7015 Plunger Valve to customers at trade fairs and other events. It’s quite simple: with moving pictures! Because a film can best demonstrate the many carefully thought-out details for example these of the Düker plunger valve.

Unfortunately, however, a real film has to be ruled out because a plunger valve only functions when it is integrated into the closed water pipeline with water flowing through it. And as we can apparently only make the invisible visible by “changing it around”, a virtue was quickly made out of necessity and all the possibilities of modern CAD-based simulation were used. The construction data created by Düker for the new plunger valve were the basis on which the Sven and Björn Pfister from the Geminus 3D company in Gemünden/Main produced a fascinating and inspiring animation.

The quality of the animation with

also reflects the quality and the advantages of the Düker plunger valve. These are: 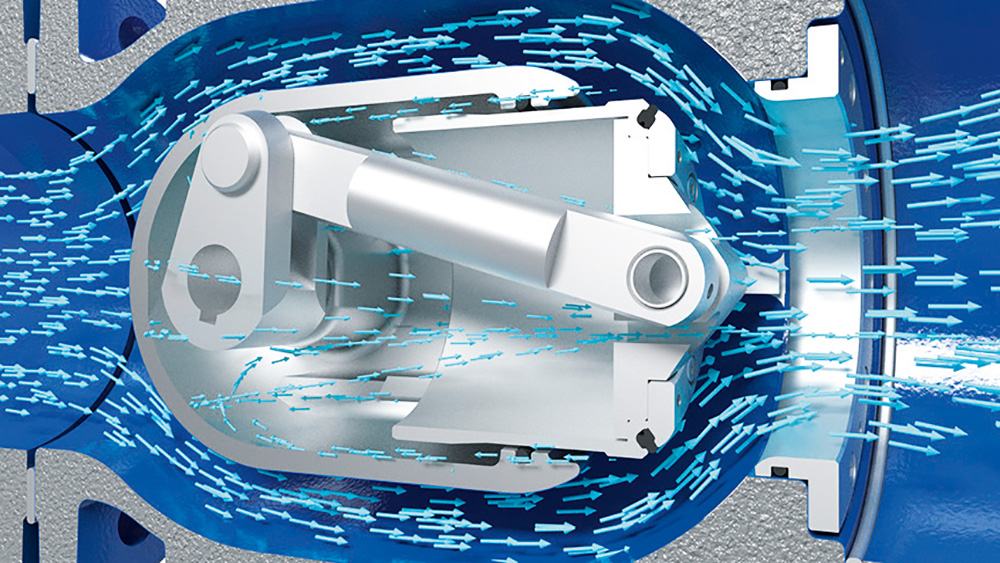 Hygiene safety by systematic flushing of the plunger.

In the context of this animation it is of course important not merely to produce beautiful pictures but also to represent the technique and function of the product correctly. It is a real delight to present the advantages of the plunger valve to clients and interested parties with the help of the animation.

Therefore we recommend interested parties to convince themselves of the quality and advantages of the Düker plunger valve via www.dueker.de/film