In the Ehrwalder Alm ski resort (Austrian Tyrol) various development and extension projects are currently underway. Firstly, the pistes are being extended and consolidated. And secondly the snowmaking equipment is being upgraded with ductile iron pipelines and the well-proven BLS®/VRS®-T restrained joint from the Tiroler Rohre GmbH. 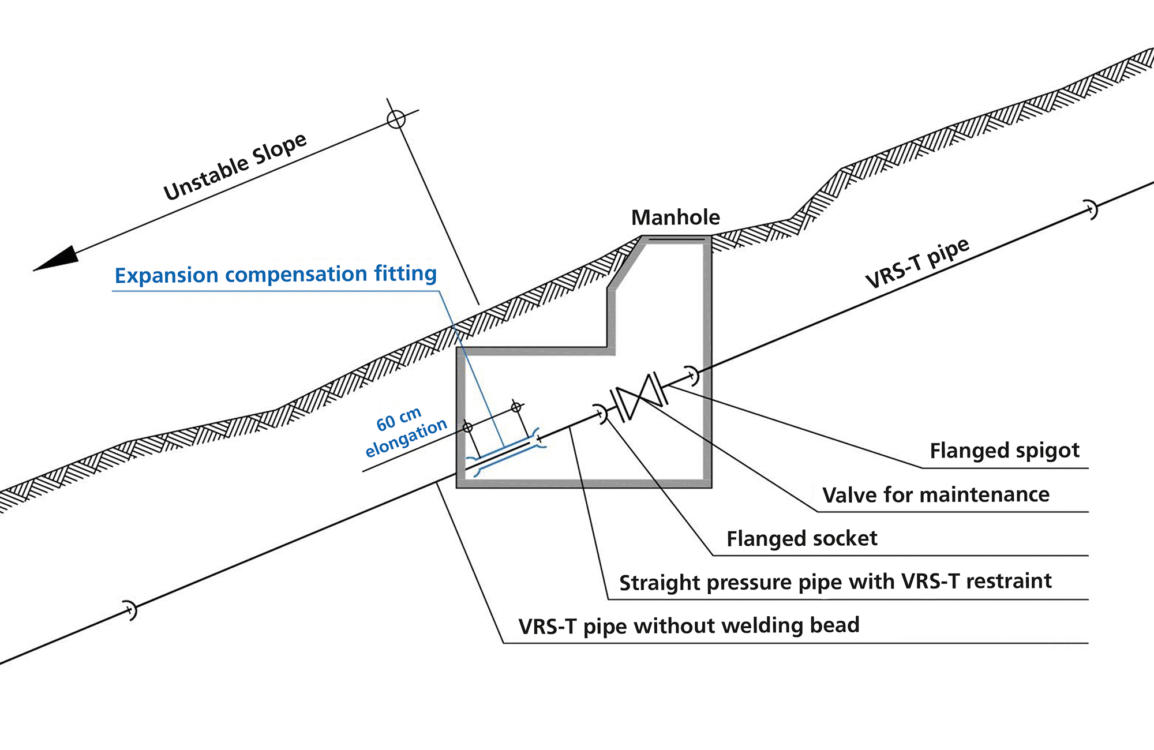 Manhole above the slope with expansion compensation and other construction details consisting of a straight pressure pipe with two welding beads, a flanged socket, a flanged valve for maintenance and a flanged spigot for the connection of ductile iron pipes with BLS®/VRS®-T push-in joints. 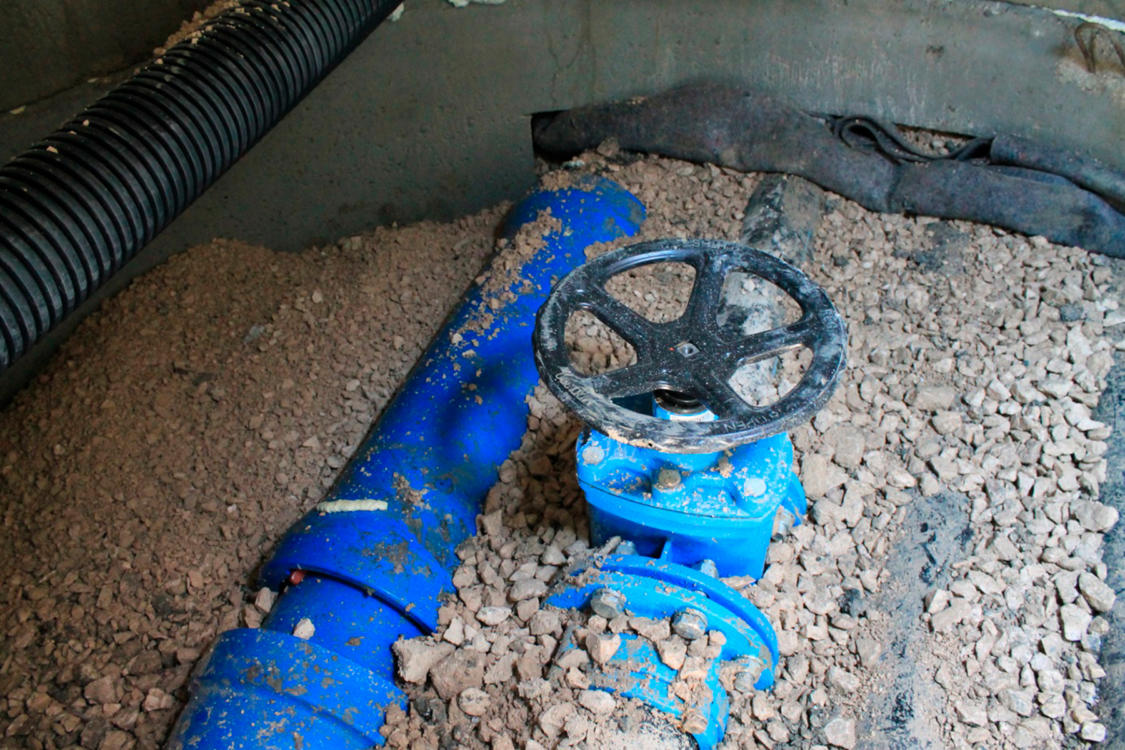 Manhole with fittings and valve