Full members of EADIPS/FGR use “ductile cast iron” to produce pipes, fittings and valves for drinking water, waste water etc. These products are sustainably protected outside and inside against corrosion and mechanical influences with coatings and linings. 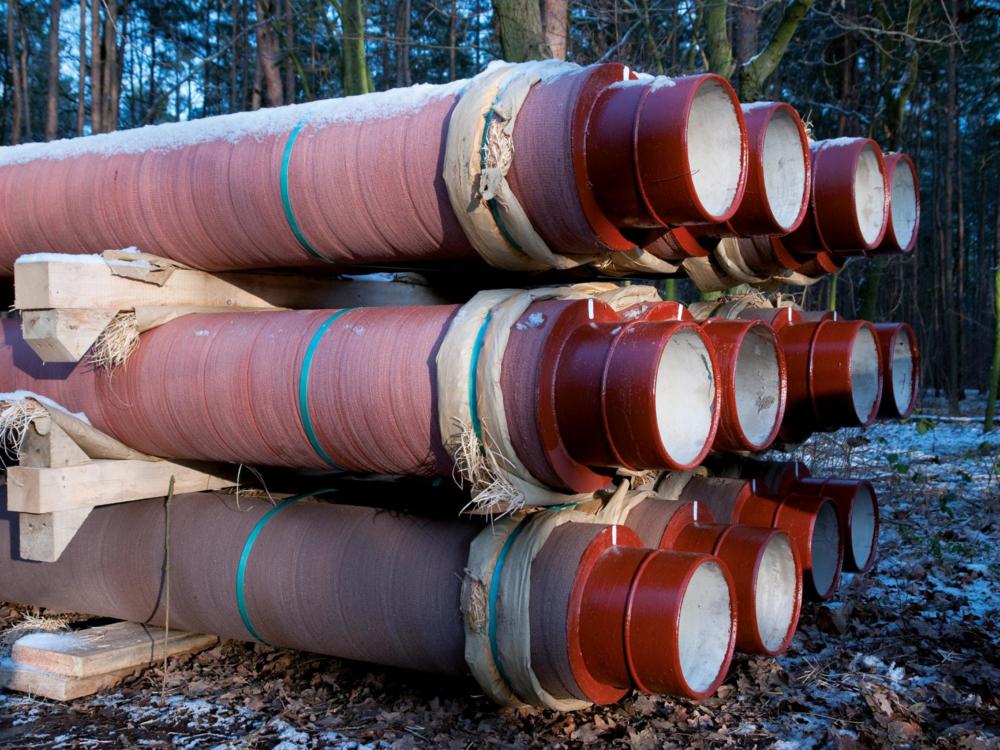 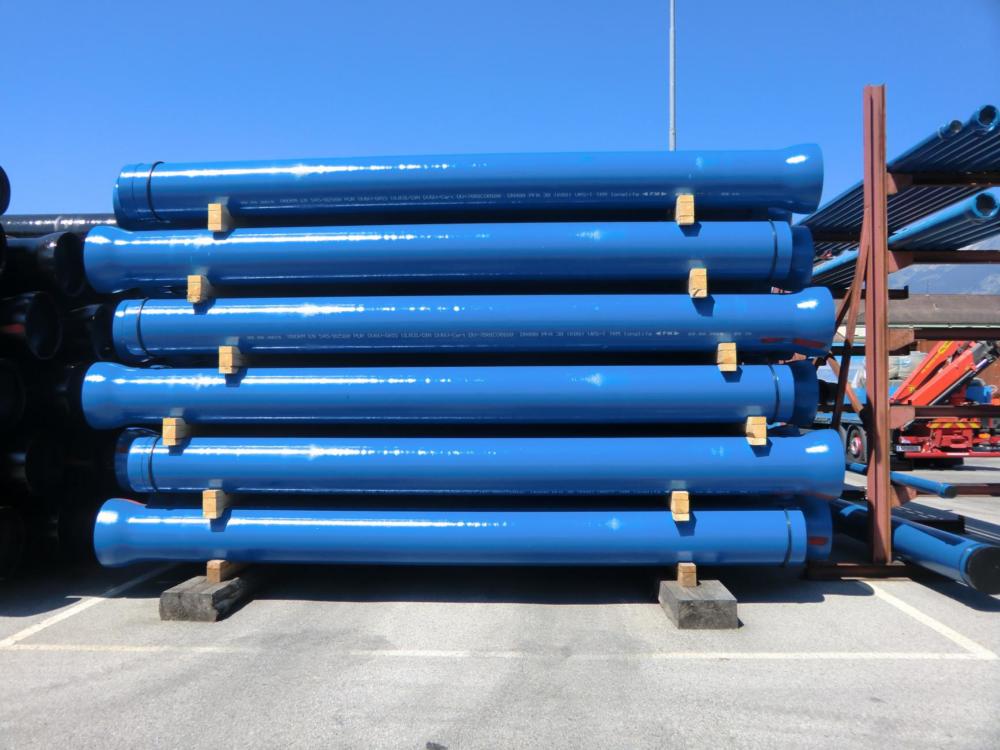 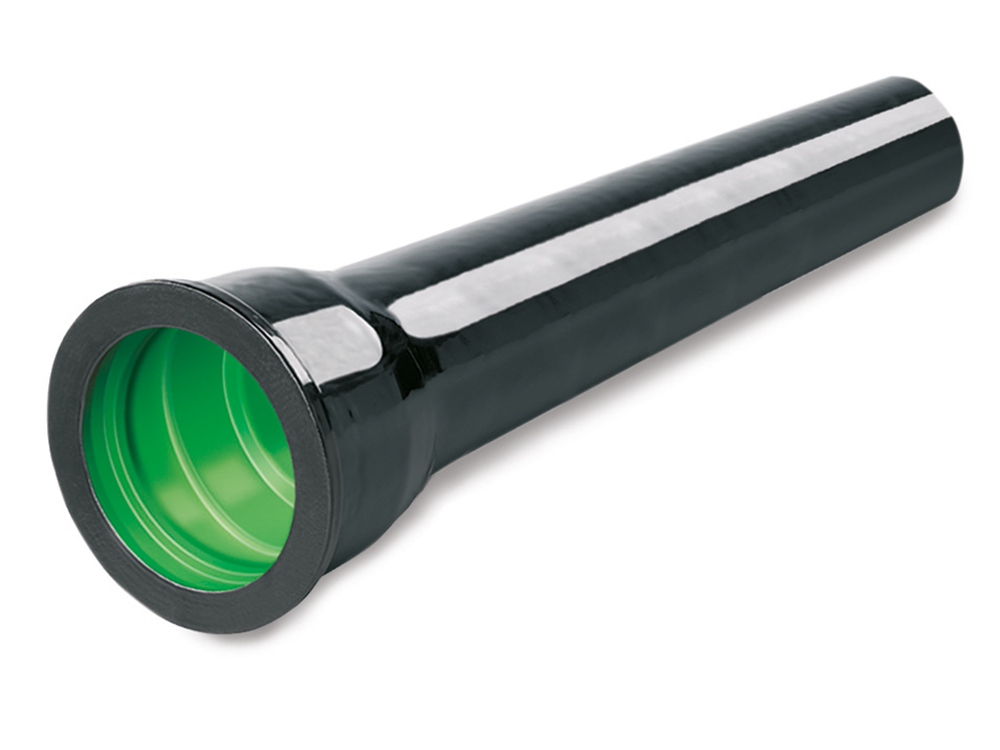 Basically, ductile iron pipes with push-in joints are produced using the centrifugal casting (De Lavaud) process and are available in nominal widths ranging from DN 40 to DN 2000. Exceptions here are flanged pipes which are manufactured either by sand casting or by various methods of attaching sand-moulded flanges to spun cast iron pipes. A characteristic of push-in joints is their angular deflection capability and they can be produced as restrained or non-restrained joints. Because of the broad range of wall thicknesses and extremely robust joints, ductile iron pipes are suitable for use in non-pressurised systems (sewers and drains) as well as for high-pressure applications (e.g. power station pipelines). 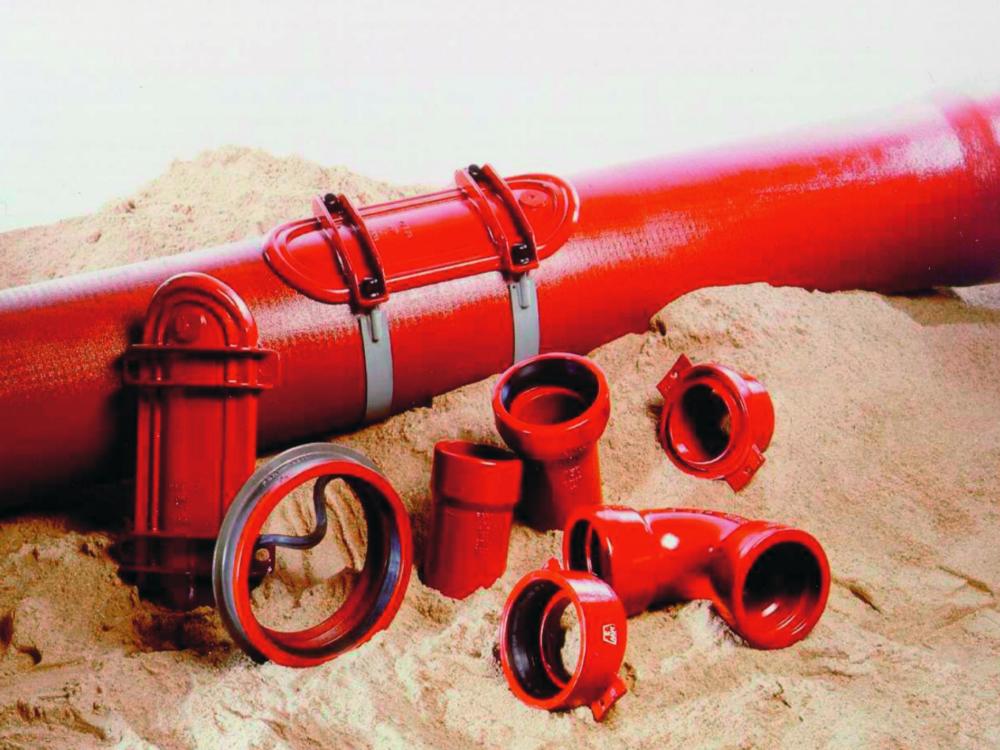 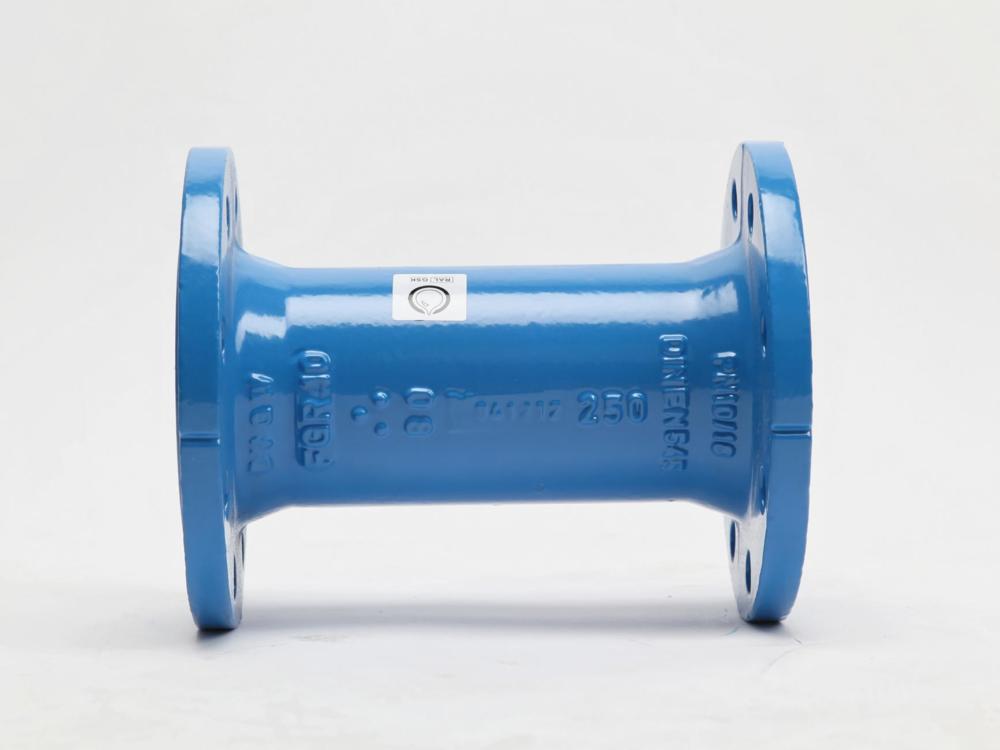 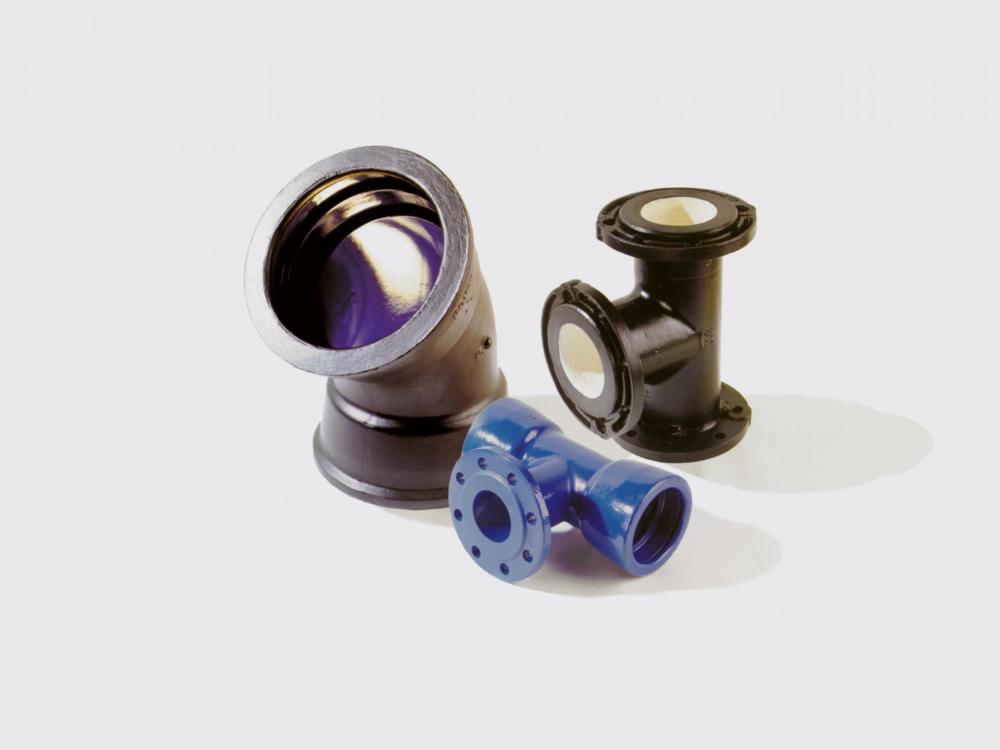 Ductile cast iron fittings are produced using the sand casting technique and have various roles to play in piping systems. Smooth pipes are connected together with slip-on collars. Elbows are used for changes of direction, transition pieces can alter the cross-section of the pipeline and branches make the production of networks of pipes possible. Fittings are produced in the DN 40 to DN 2000 nominal width range. 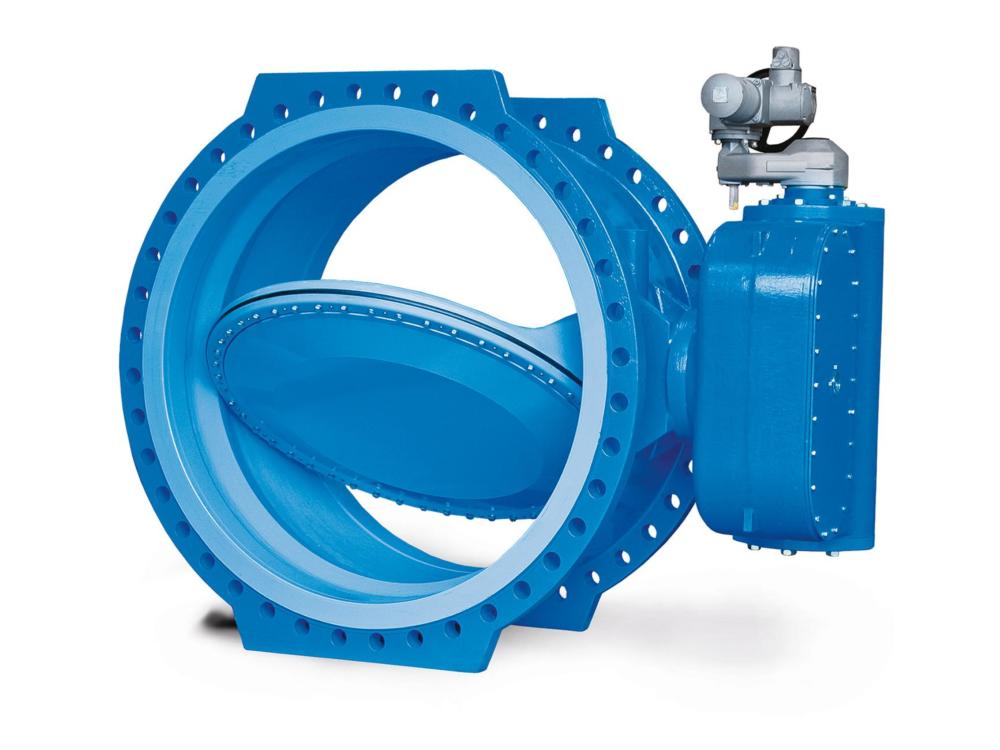 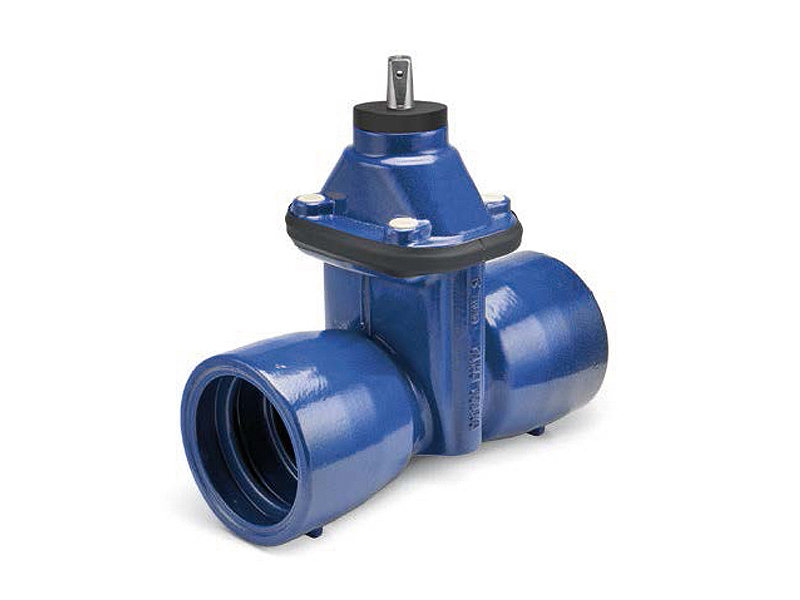 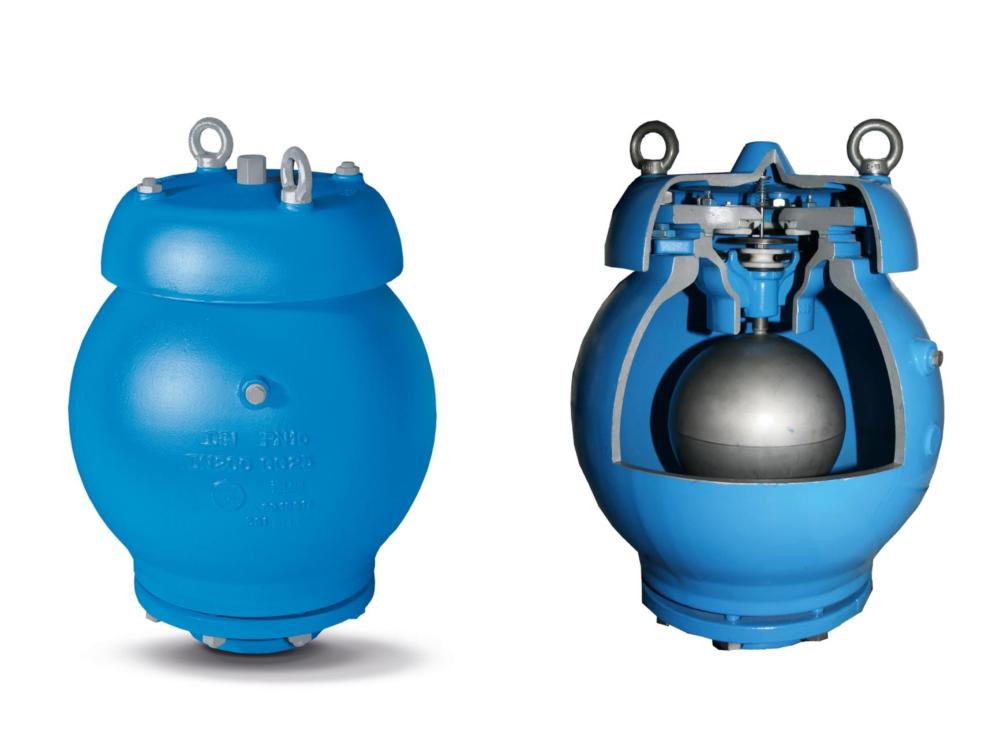 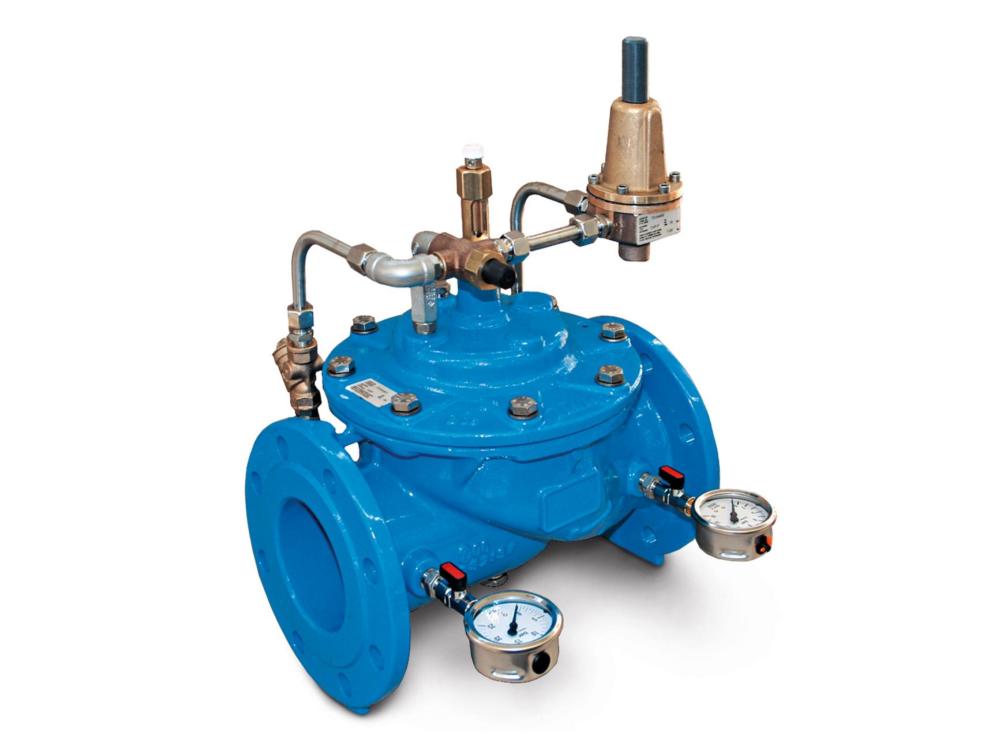 Valves in ductile cast iron, also known as spheroidal graphite cast iron, are components of piping systems which, in addition to the function of “guiding the medium” (by diverting it or changing the diameter), also fulfil the tasks of shutting off or regulating the volume of flow and pressure. Depending on the job to be done, there are shut-off valves, tapping valves and control valves, hydrants and air valves. Valves are produced in the DN 40 to DN 4000 nominal width range.

The principal areas of use for ductile iron pipe systems are drinking water and waste water systems. The high strength and “leak-before-break” characteristics of ductile cast iron, the easy-to-assemble flexible joints, the robustness of the pipes with a free choice of wall thicknesses and the versatile range of fittings and valves available have opened up new areas of application.

Some areas of application are: 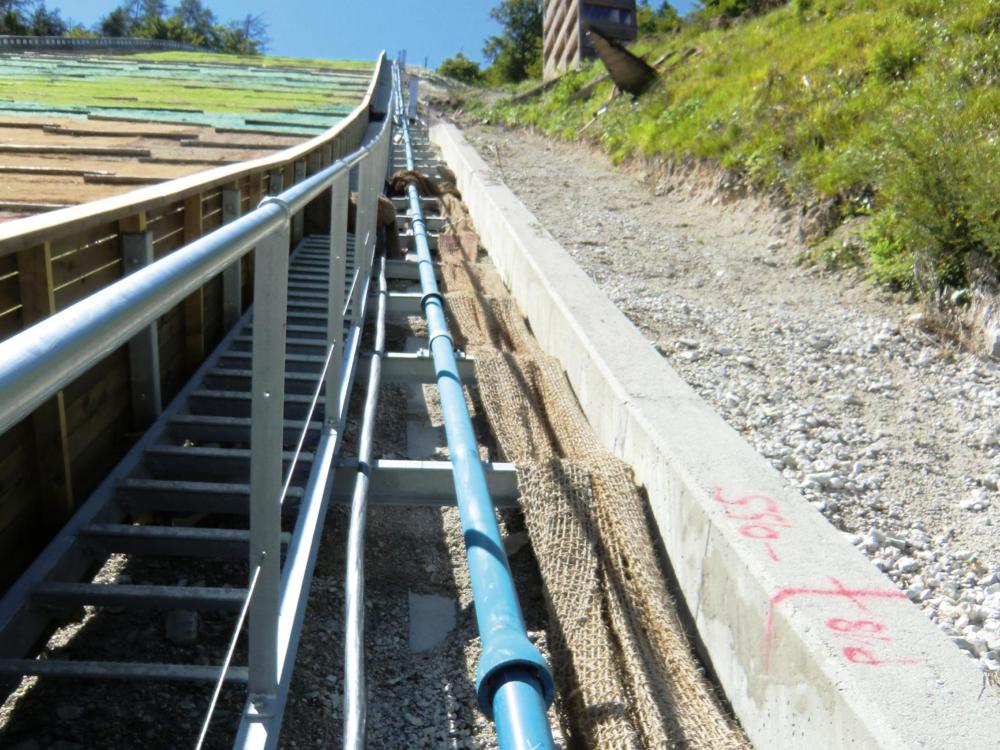 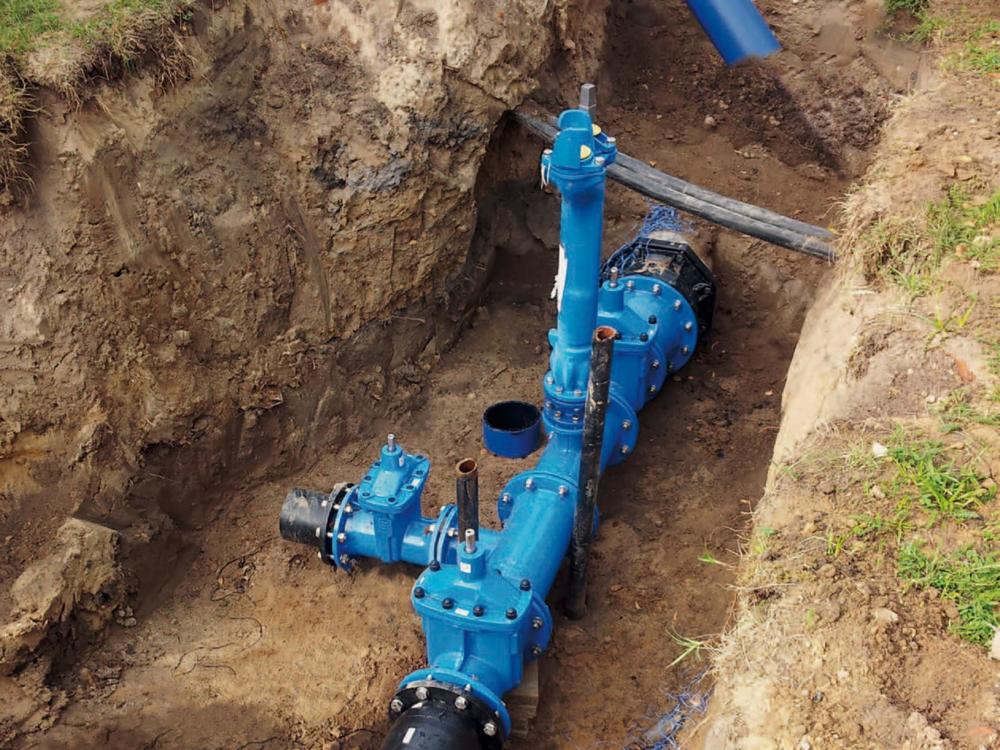 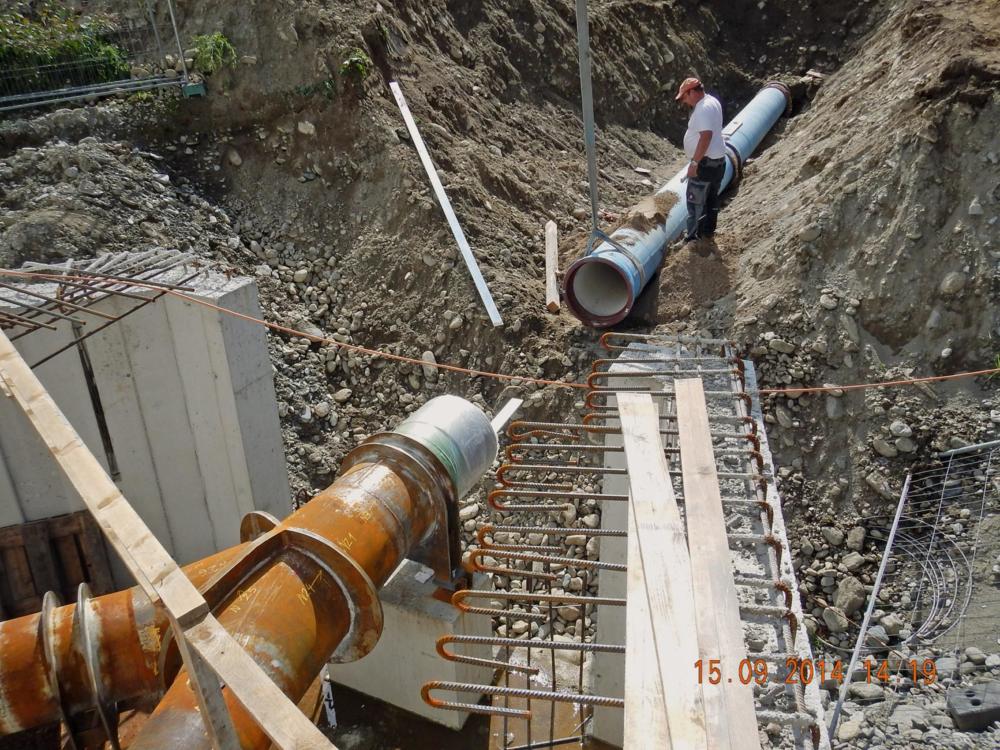 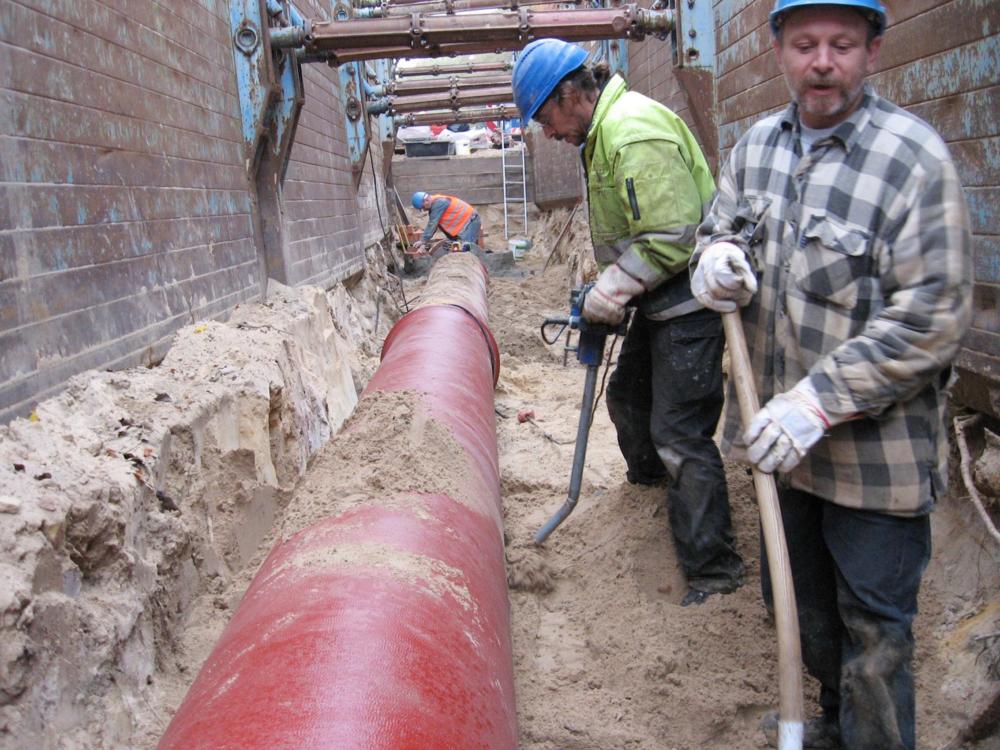 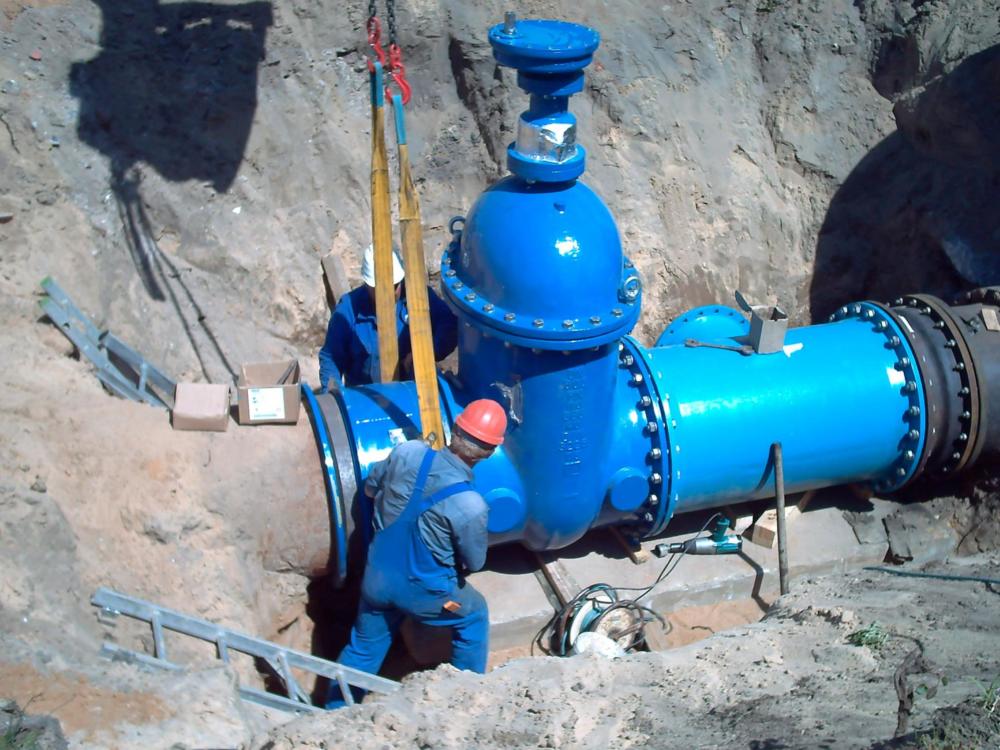 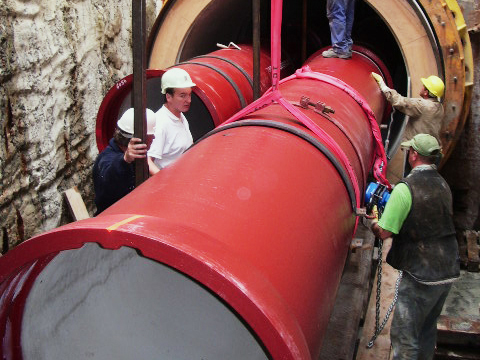 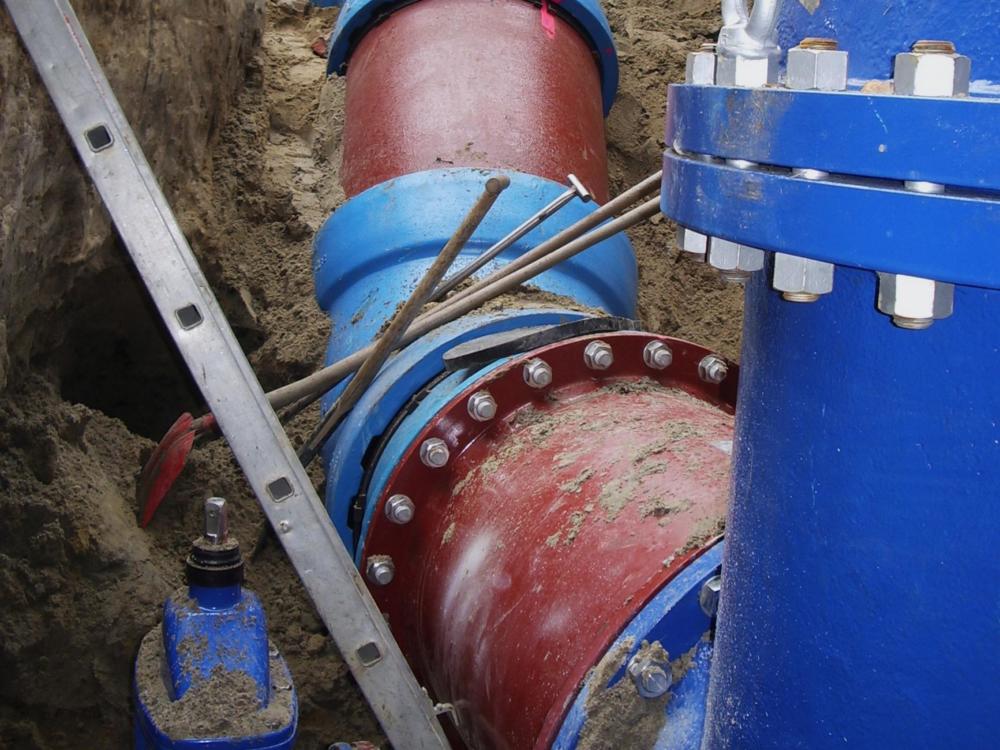 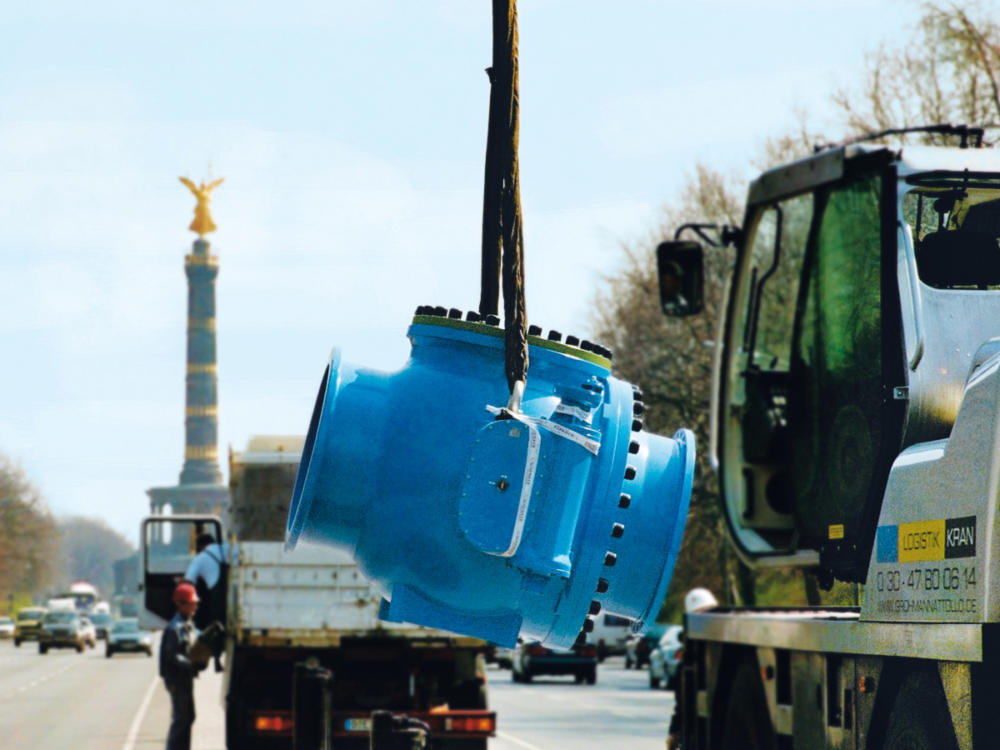 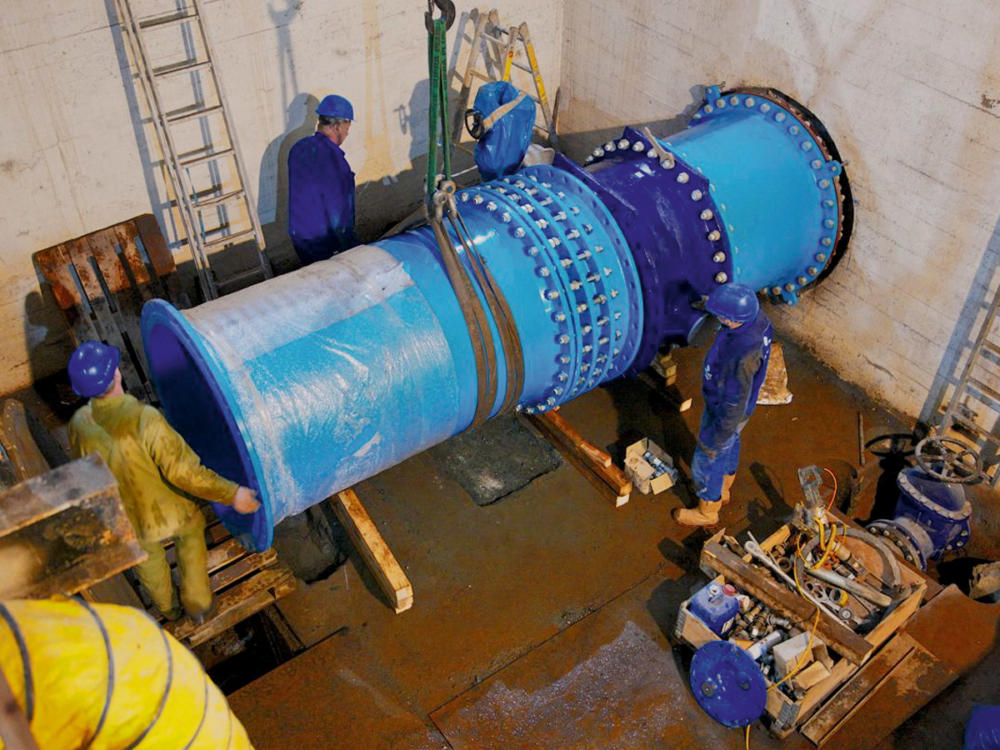 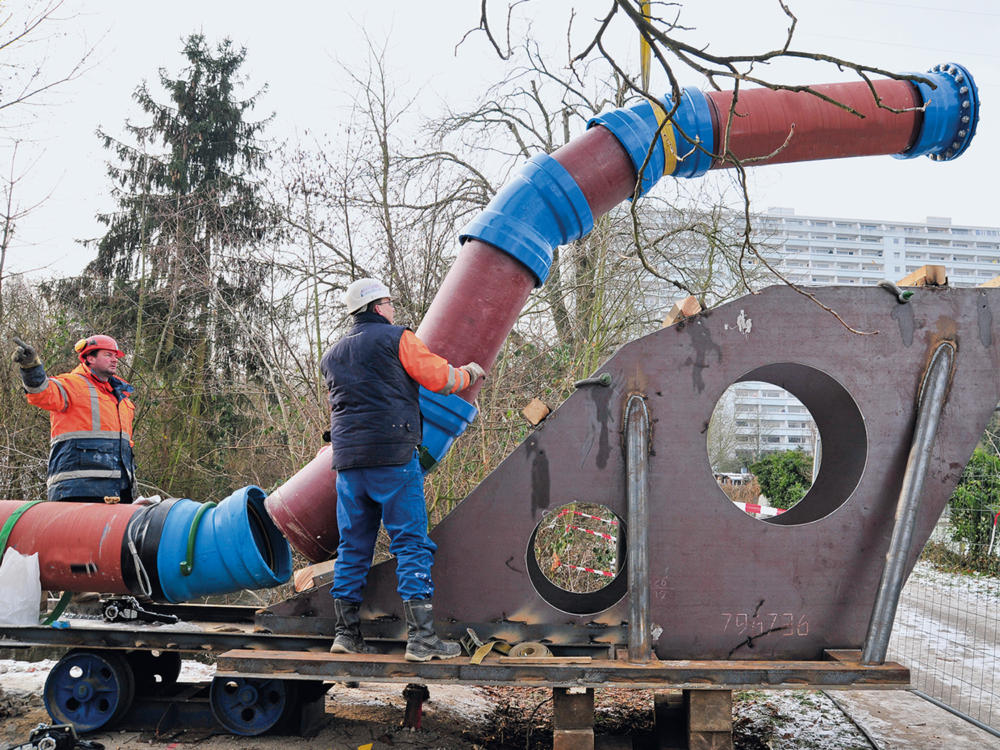