The motorway bypass around the city of Biel has closed one of the last gaps in the Swiss national road network on the stretch between Solothurn and Neuenburg. Also the new section orbiting Biel connects the A5 motorway, the A16 Transjurane and the T6 going towards Bern.

This project means that in future, broad sections of the region as a whole as well as the city of Biel will be relieved of through-traffic. After just about 10 years of construction work, the so-called “Eastern branch” in the direction of Bern will be opened in 2017; work is expected to start on the “Western branch” going towards Neuenburg in 2020 and this should go into operation as from 2030.

The A5 Biel Eastern branch, extensive parts of which run underground, runs from the present Biel East junction in Bözingenfeld, first via the Büttenberg tunnel and then, after a short stretch in the open, through the Längholz tunnel as far as the Brüggmoos interchange. The extinguishing water pipelines for these two tunnels have been produced using vonRoll DUCPUR type
ductile iron pipes with the flexible HYDROTIGHT restrained push-in joint. The pipeline runs through utility pipeline galleries beneath the road surfaces in the tunnels with lateral branches to the hydrant niches. Because the extinguishing water is taken from the drinking water supply circuit, it was necessary to provide the cast iron pipes with external heat insulation to prevent excessive warming of the water. In total more than 8,000 m of DUCPUR DN 200 and around 400 m of DUCPUR DN 125 ductile iron pipes were laid in the two road tunnels as extinguishing water pipelines for the A5 Biel Eastern branch project. Thanks to the flexible HYDROTIGHT restrained push-in joint, even complicated connection pipelines were able to be completed with perfection under tight space conditions. 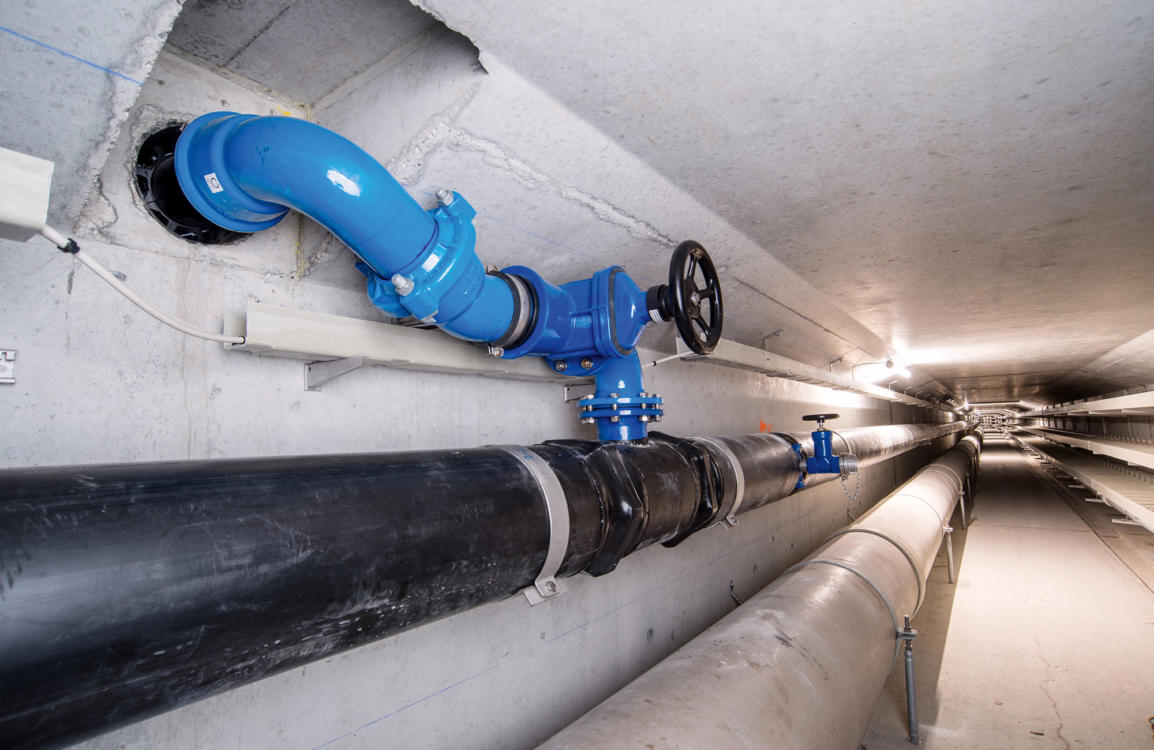