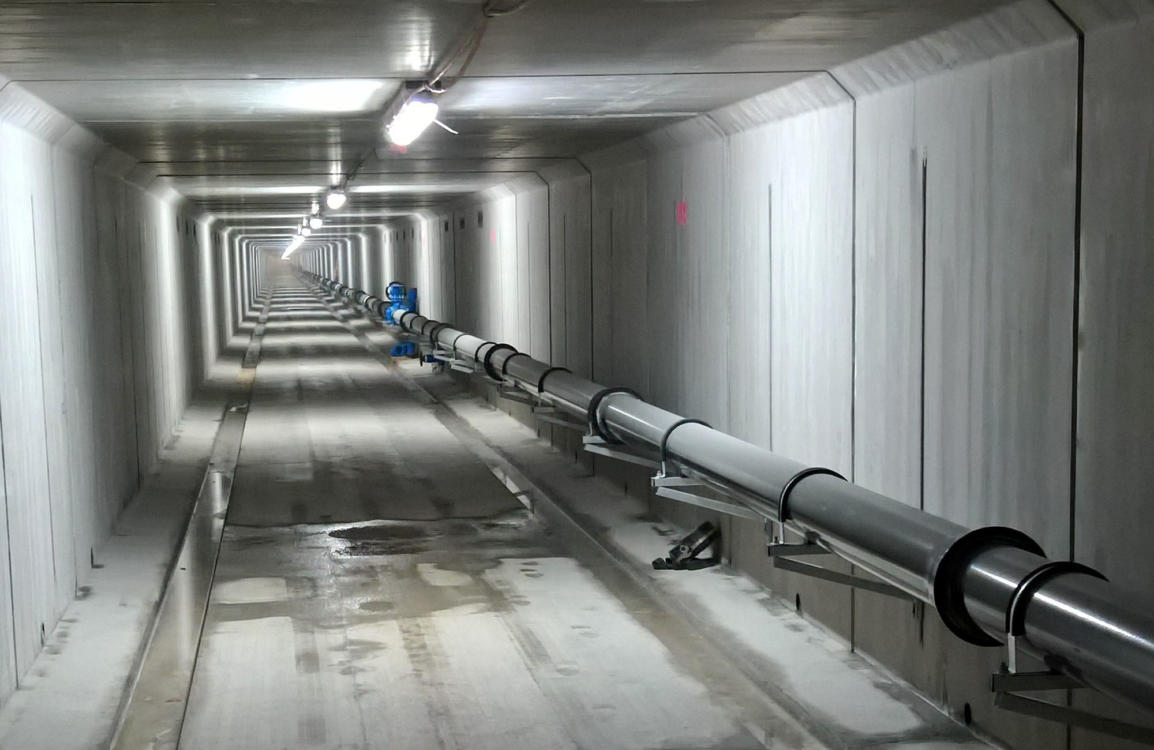 The service duct beneath the 3rd tube of the Belchen tunnel.

The Belchen motorway tunnel, opened in December 1970, is one of the most important sections of the North-South route through Switzerland with around 50,000 vehicles driving through it every day. The 3.2 km long, twin-tube Belchen tunnel runs through highly expansive layer of plaster (Gipskeuper) for approximately 40% of its total length. Because of damage due to anhydrite swelling, even while it was still under construction during the nineteen sixties around 1,000 m of the already concreted invert had to be replaced. An initial overhaul of the existing tunnel tubes was carried out between 2001 and 2003, when visible local damage such as cracks and flaking was repaired and the surfacing, including the shoulder area, was renewed.

The project for constructing the Belchen rehabilitation tunnel was approved in 2003. This 3rd tunnel tube is currently being extended and it should be commissioned in the year 2022. It is planned that the phased rehabilitation of the two existing tunnel tubes will take place from this point. After the repair work, two tunnel tubes with four lanes will be opened up for traffic. The central tube will then serve as an escape tunnel, except during maintenance work on either of the other two tunnel tubes.

In the new tunnel profile, beneath the carriageway there is an accessible service duct,  3 m wide and 2 m high, in which all service pipelines including the extinguishing water pipeline are installed. The extinguishing water pipeline was produced with vonRoll ECOPUR ductile iron pipes with integral internal and external coating in polyurethane (PUR) to EN 545, giving it perfect corrosion protection in the aggressive climate of the tunnel. The entire pressure pipeline was designed with easy-assembly, flexible, fully restrained HYDROTIGHT push-in joints. There are lateral feed pipelines arranged every 150 m to the hydrant recesses in the area of the carriageway.

The push-in joint system was completed with ECOFIT fittings with integral epoxy coating to GSK/RAL-GZ 662 and with vonRoll VS 5000 shutoff valves. 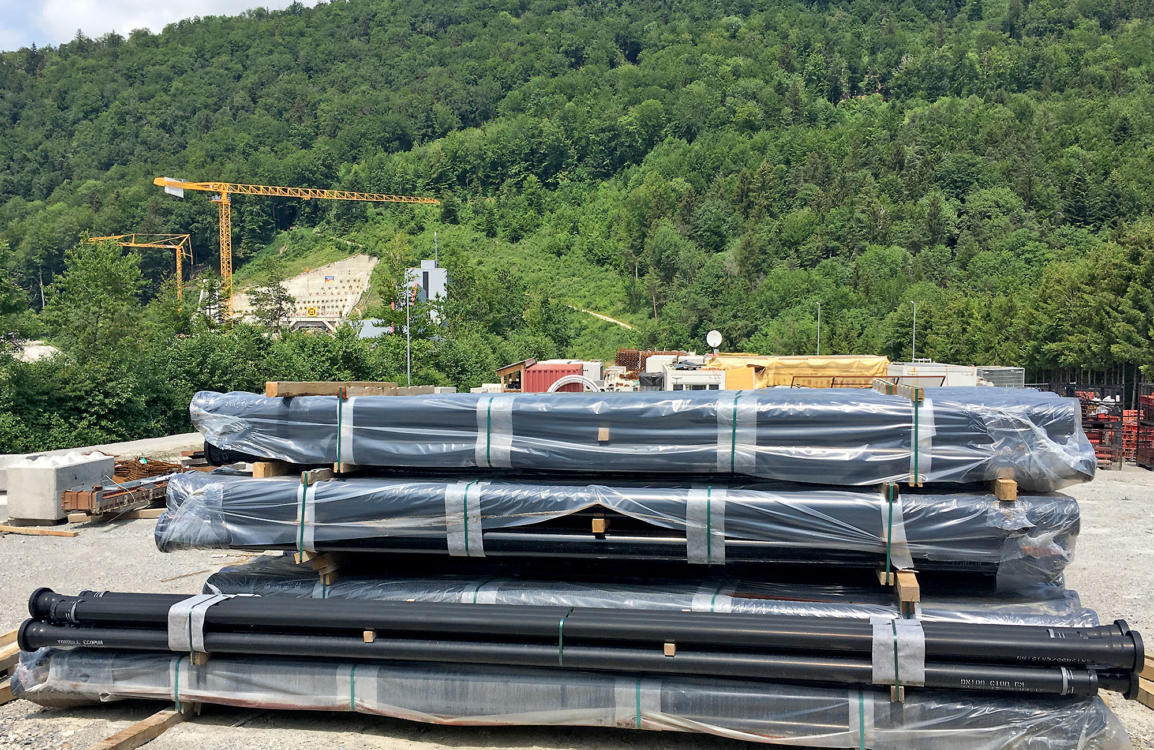 vonRoll ECOPUR ductile iron pipes before their installation in the service duct. 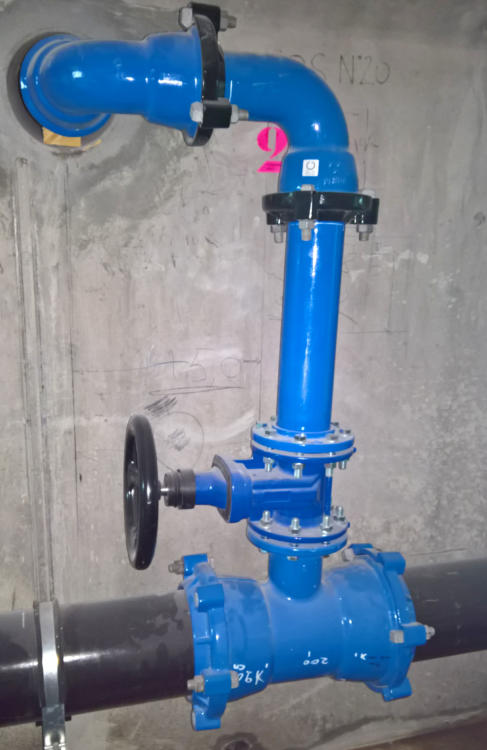 Lateral feed pipeline to the hydrant recesses with ECOFIT fittings. 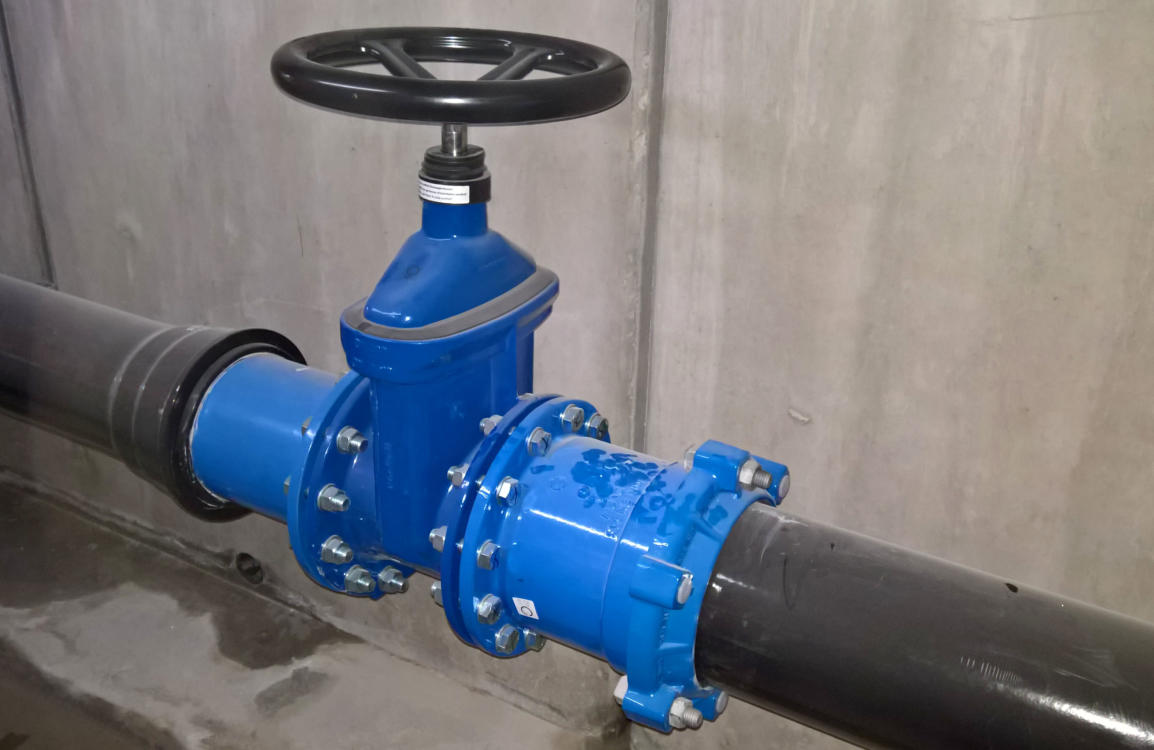 vonRoll VS 5000 shutoff valve in the service duct.