On one of the most important traffic corridors in the city, the Boulevard de Pérolles, between the main railway station, the city centre and the university it became necessary to replace an ageing grey cast iron drinking water supply pipeline. When selecting the material for this project the client paid particular attention to protection against stray currents as the supply pipeline runs close to the Swiss Federal Railways (SBB) railway line.
The water supply authorities for the city of Fribourg has already placed its trust in the tried and tested vonRoll ECOPUR ductile iron pipe with an integral, electrically insulating lining and polyurethane (PUR) coating to EN 545. In the Boulevard de Pérolles a total of 500 m of DN 300 ductile iron pipes have been installed with the electrically insulating vonRoll HYDROTIGHT restrained thrust resistance system. 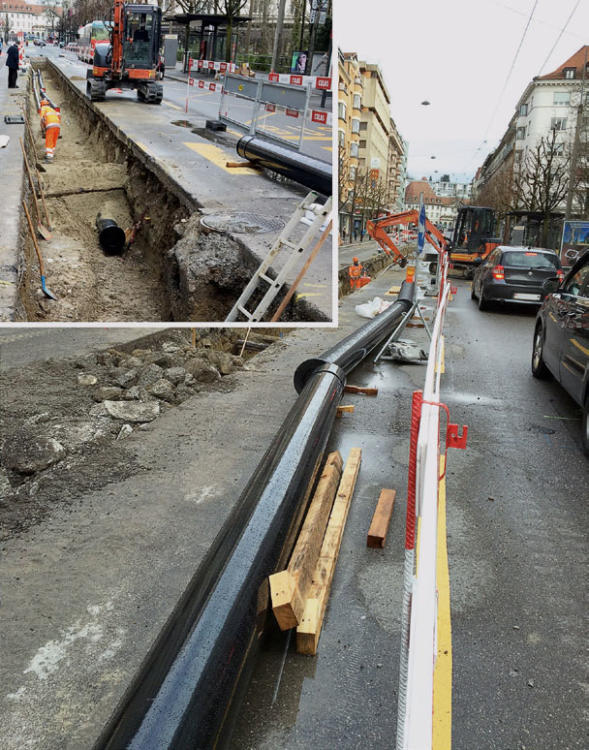