Circulago – Heating and cooling from the waters of Lake Zug

Circulago is a future-oriented project to supply the town of Zug and the southern part of Baar with environment-friendly heating and cooling energy derived from the water of Lake Zug. With the so-called people’s initiative “2000 Watts for Zug” with the aim of developing the values of a 2000 Watt society in their town over the long term. Until the year 2050 the CO2 emissions should be reduced to 2 tonnes per person per year and the primary energy consumption to 3,500 W. In order to achieve these aims there are various renewal measures and improvements to and within buildings on the agenda of the town and its citizens. Circulago is being planned, implemented and operated by Zuger utility company WWZ AG. The first buildings will be able to be connected up as early as the second half of 2019 and supplied with heating and cooling. 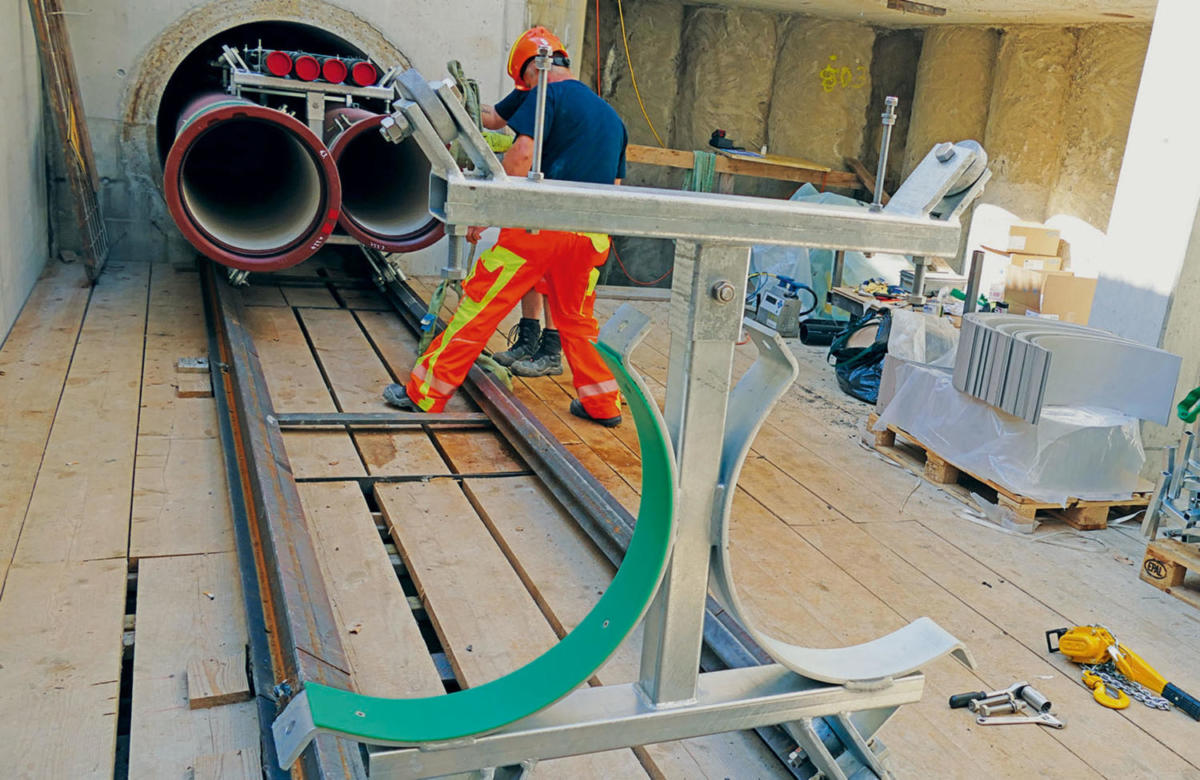 TMH Hagenbucher AG was awarded the contract for this Anergy network to supply, in the first stage, around twice 1,000 m (flow and return) of DN 600 ductile iron pipes with cement mortar coating and approx. twice 860 m DN 400 ductile iron pipes with protective epoxy finishing layer. The DN 600 ductile iron pipes were pulled into the microtunnel with an internal diameter of 1.6 m by TPS Trenchless Piping Systems AG, which also belongs to the Hagenbucher Group, using mobile double pipe clamps specially developed for this application. This microtunnel has a number of horizontal and vertical changes of direction. The restrained BLS® push-in joint of the pipes, with a diameter of DN 600, allows an angular deflection of up to 2 degrees.

Only in this way was it possible to draw the entire pipe string into the tunnel with such care and precision that, pulled through curves and dips for over 500 m, it only appeared with a deviation of 10 mm from the theoretically calculated position at the end of the tunnel. 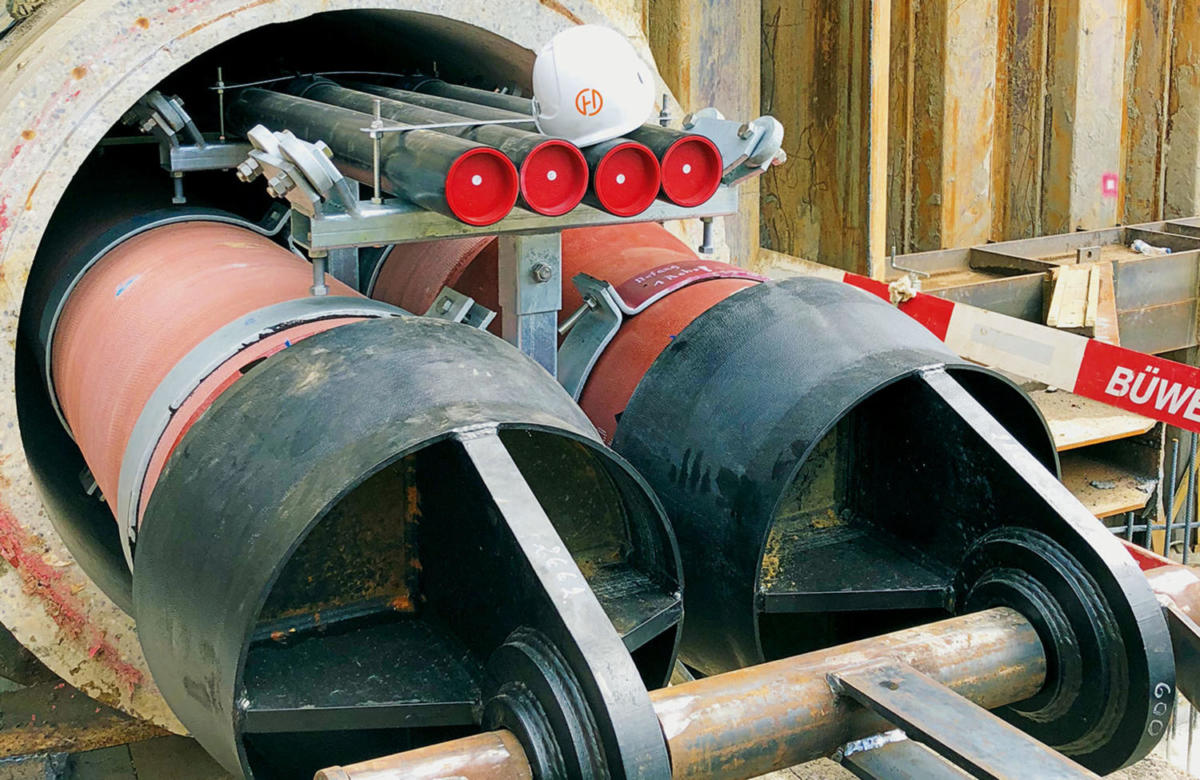 Arrival at the target shaft. The extremely tight space conditions in the microtunnel are clear to see.

The client set high demands for the corrosion protection of the pipes. Therefore the cast iron sewer pipe with fibre-reinforced cement mortar coating from Duktus (Wetzlar) GmbH & Co. KG was used. It guarantees not only perfect corrosion protection but it can also absorb condensation water without any problem.

The DN 400 pipes were installed with the help of pre-assembled pipe clamps in a microtunnel with an internal diameter of 1.6 m from the town of Zug, which mainly serves as a rainwater channel. This is blocked in places so that a few cast iron pipes lie completely in rainwater. In the Anergy network the medium is mixed with a 7% ethanol blend, an antifreeze agent. The internal coating of the DN 600 ductile iron pipes consisting of high-alumina cement mortar and this ethanol mix are absolutely compatible. With the absorption and release of energy, temperature fluctuations can occur in the medium with differences of up to 20 Kelvin, that has effects on the linear expansion of the pipes.

Cast iron pipes have a comparatively low expansion coefficient; also the BLS® push-in joint, with its play of around 4 mm in the longitudinal direction (without effect on the sealing action and thrust resistance), can also act as a compensator.

The Circulago project proves that 6 m long ductile iron pipes from Duktus/Hagenbucher are also extremely suitable for applications such as those required for the construction of Anergy networks.

The construction time for this major project in Zug was extremely tight; it was therefore important that good progress was made with the assembly of the pipes. Here again, the installation-friendly, pressure-resistant and, where necessary, easy to dismantle BLS® push-in joint proved its excellent suitability. The Hagenbucher company is proud of the fact that it was commissioned by WWZ AG with the supply and installation of the ductile iron pipes for this project, which so far is unique in Europe.

Material used build in from Hagenbucher: