To the South of the Swiss Canton capital of Solothurn in the community of Biberist is the Vorder-Bleichenberg castle, which was built in the 17th century as a Summer residence for the old aristocratic and patrician family of Solothurn von Roll. In 1810 Ludwig von Roll, a direct descendant of this family, was a co-founder of the von Roll ironworks and hence an initiator of the successful business of the vonRoll hydro Group of today.

In the course of a renovation project, the water supply association for the municipality of Biberist planned to replace the ageing supply pipeline along the Asylweg, which is the approach road to Vorder-Bleichenberg castle. Because of the topographical position of the old grey cast iron DN 180/200 pipeline laid in 1925, to protect a beautiful tree-lined avenue and because of the low number of lateral connection pipelines, the client in consultation with the planning office, decided to carry out the construction work using the trenchless static burst lining technique. This meant that overall construction costs could be reduced by around 30% as compared with the open trench technique.

For years now, the Biberist water supply company has been using durable vonRoll ECOPUR ductile iron pipes with reinforced polyurethane coating to EN 545 for its drinking water supply network. And in this project too, the pipeline was replaced with tried and tested ECOPUR pipes. ECOPUR full-protection pipes have integral polyurethane (PUR) lining and coating in accordance with EN 15655 and EN 15189; with their mechanically high resistant, ultra-smooth PUR coating they are perfect for trenchless installation techniques. And the slim socket contour of ECOPUR pipes also has a positive effect on the resulting pulling-in forces. The positive locking, deflectable vonRoll HYROTIGHT trenchless joint technology deals with the forces occurring, as well as deflections in the route of the pipeline of up to 5° without problem. During the entire project, completed in a number of daily stages, some 310 m of ductile vonRoll ECOPUR DN 200 cast iron pipes were laid using the static burst lining technique. The pulling-in and installation work was carried out according to requirements and directives of DVGW technical information sheet GW 323 and SVGW guideline W4. 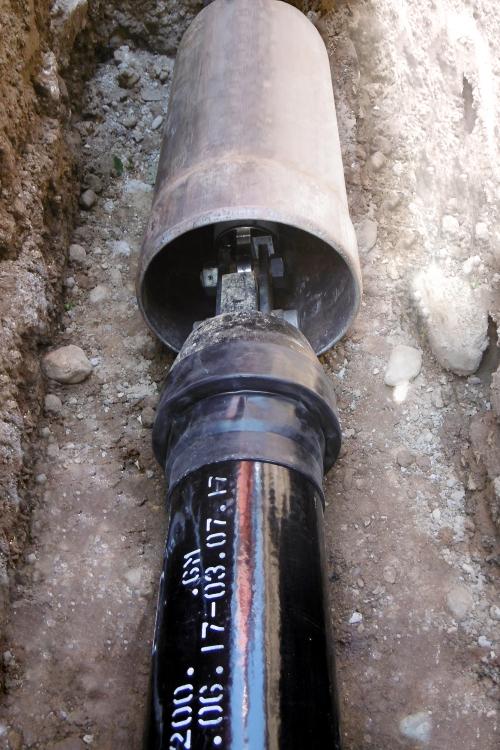 Connecting the traction head to the expansion cone 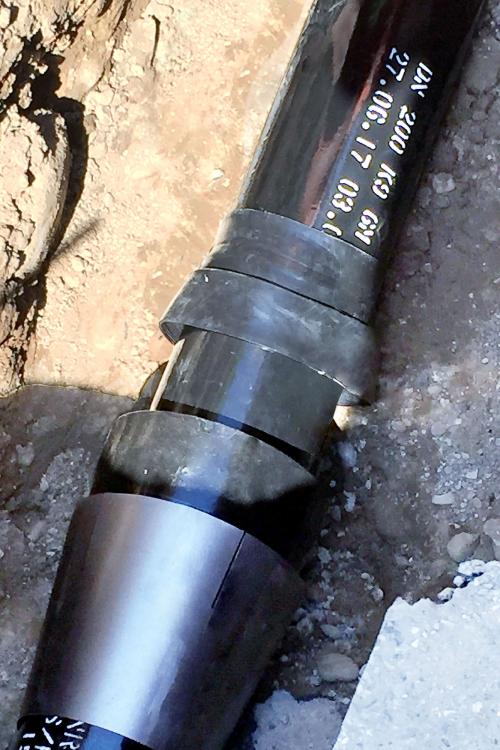 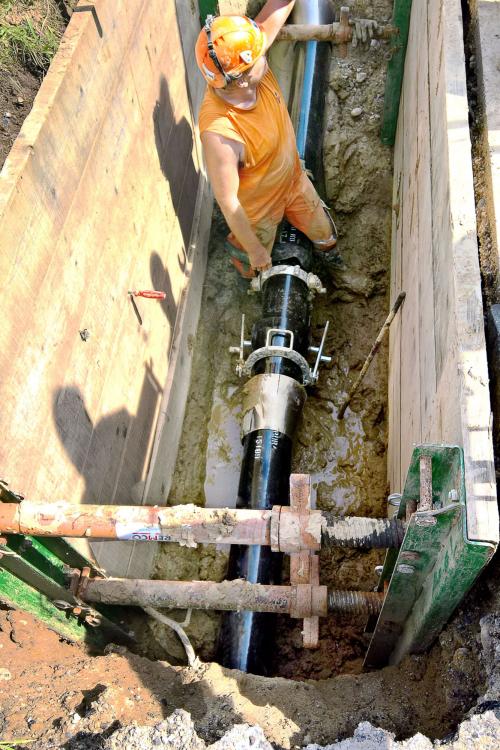 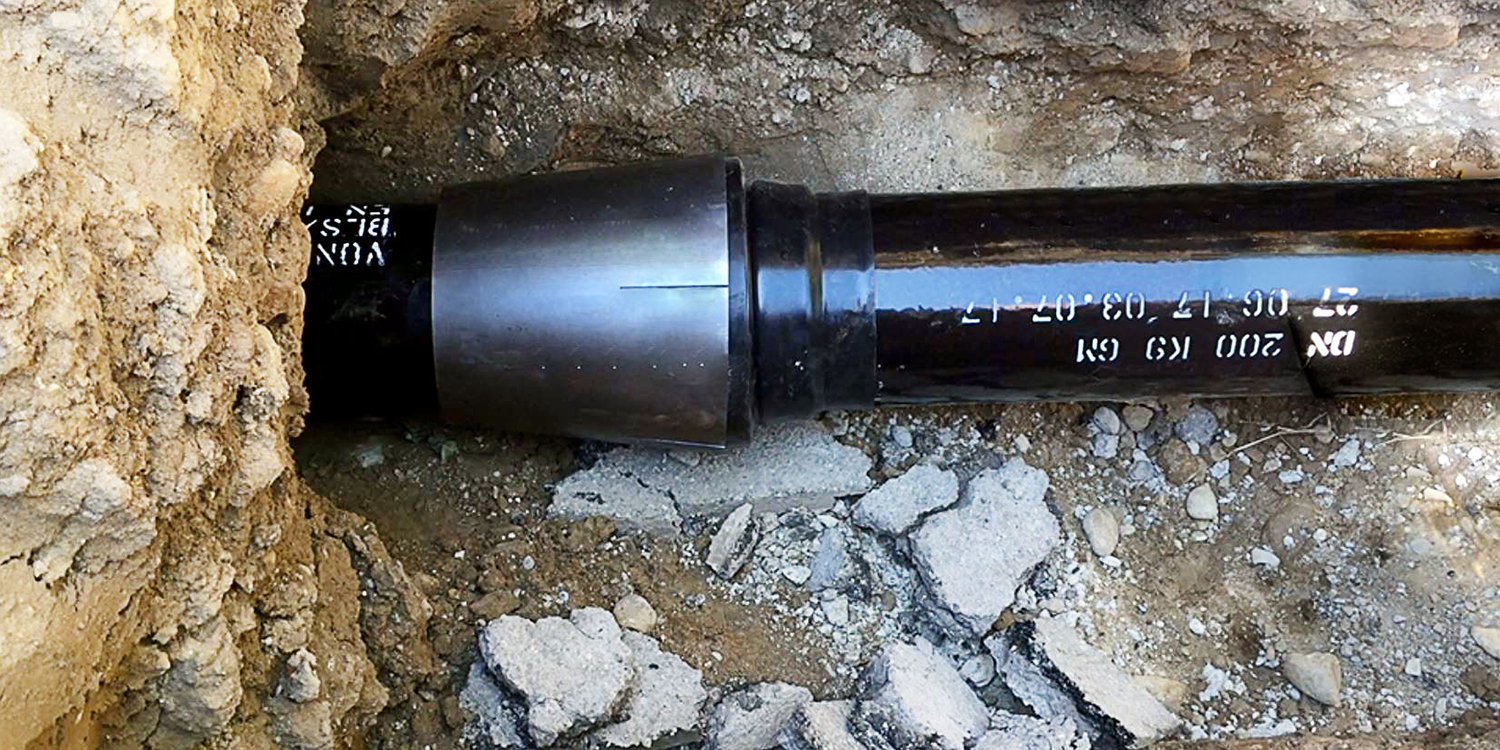