Hamburg Wasser operates a drinking water pipeline network which is around 5,400 km long. Some 900 km of pipelines have a nominal size greater than DN 300. The number of shutoff valves is correspondingly large, and they need to be replaced regularly. During the course of construction, it is now standard practice to equip valves from DN 400 with a bypass which can be shut off. These bypasses allow pipelines to be filled and drained without any sudden rise or fall in pressure. Another aspect is to enable air to be discharged during the filling process (venting).

During market research into double-eccentric shutoff valves, the attention of experts from Hamburg’s West network operation was drawn to the longer-design valves from Düker. When replacing old gate valves, these frequently made a 1:1 exchange possible.

As part of a visit to the valve production centre in Laufach, the application of a DN 600 valve shortly to be replaced was discussed. Because the valve is located at a high point in the pipe network, the plan was to install a device for venting the pipeline at the same time as the replacement work.

A DN 600 shutoff valve for a nominal pressure of 16 bar (PN 16) in the longer design (R 15) with two DN 80 block flanges on top to provide ventilation before and after the valve seat.

The old shutoff valve was replaced by this special solution (Figure 1) and the venting was ensured by the installation of two underground hydrants before and after the shutoff valve (Figure 2). 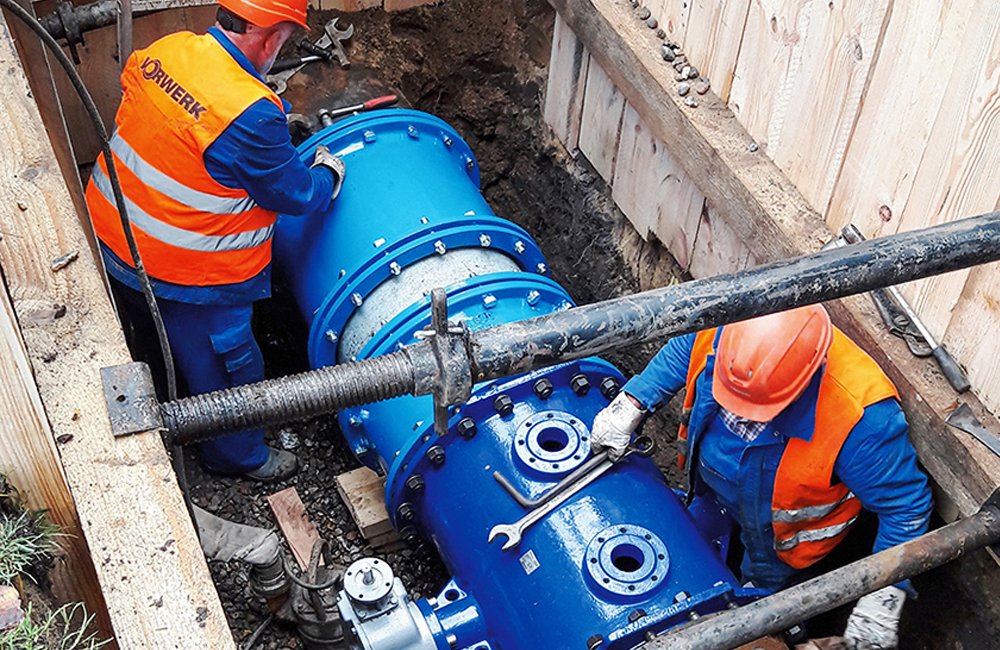 Figure 1:
A view down onto the shutoff valve with block flanges on top 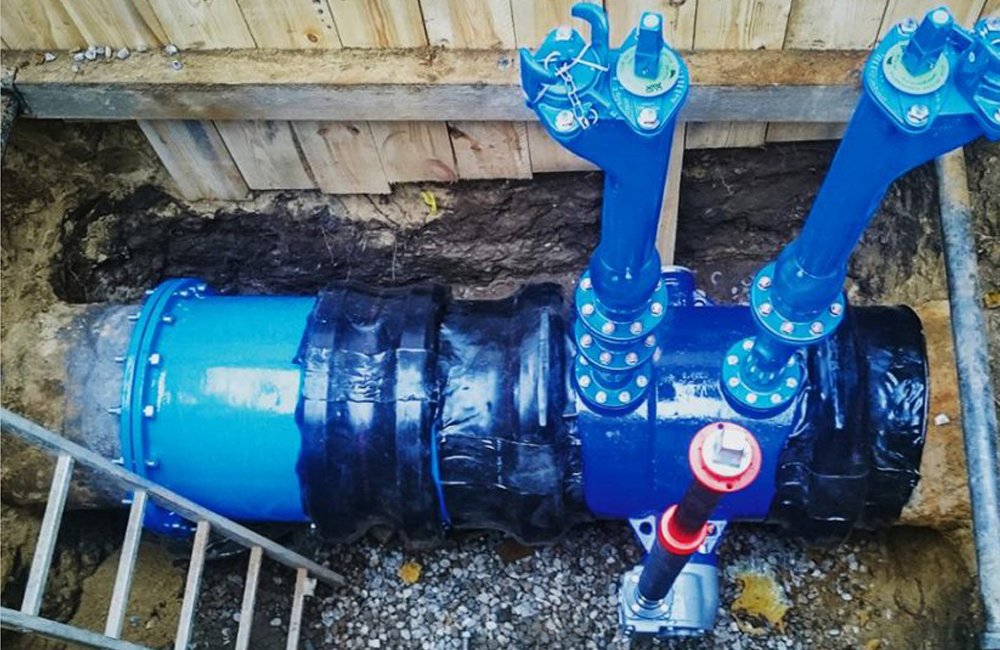 During operation, this compact system allows