From the afternoon of 8 August 2007 until the morning of 9 August 2007, the volume of rainfall in the Swiss valley of the River Birs reached unexpected dimensions: between 90 and 120 mm of rain fell there in just 15 hours. “Normally this represents the total average rainfall for a month. The hydraulic catchment area of the (Sorne, La Scheulte and Lützel) above Laufen is approximately 701 km². This means that an average volume of rain of 1,168 m³/sec was falling onto this area.”

This was stated by the Basel-Landschaft Canton crisis team in its report on the devastating floods of 8/9 August 2007, which caused major problems in more or less the whole of the Canton of Basel-Landschaft.

Fuel oil released into the Birs

​In almost no time at all, the extreme rainfall of this night caused the level of the streams and rivers across the entire Canton of Basel-Landschaft to rise menacingly and burst their banks, flooding towns and villages. As a result, numerous and extensive releases of fuel oil also occurred: around 180,000 litres escaped into the environment, of which about 150,000 litres were quickly eliminated. Around 30,000 litres of fuel oil were carried along with the Birs, flowing through the flooded area. As the fuel oil infiltrated the groundwater of the Birs in some places, and pumping station meaning that it had to be shut down, the neighbouring communities were no longer able to use it for treating their drinking water for days on end. Tankers now supplied drinking water to the communities affected.

More than ten years later, the massive damage has more or less disappeared and been forgotten; around 120 million Swiss francs had to be spent to eliminate it.

Such bottlenecks, or even total breakdowns, should no longer happen in the future. But because the water supply to the communities of the Birs valley usually comes from only one “source”, such as the Reinach and district waterworks (WWR), in the event of flooding a second water supply is needed.

It took a long time, but all good things are worth waiting for: the decision to construct the so-called “Birs valley transit pipeline” along the River Birs – a generation project – was also taken after the flooding event of August 2007. In order to be able to react better to crisis situations like the one in 2007 and to guarantee security of supply for drinking water, the Reinach and district waterworks (WWR) decided to install a second water supply pipeline with a larger capacity as well as a new pumping station. The green light was given in August 2017. 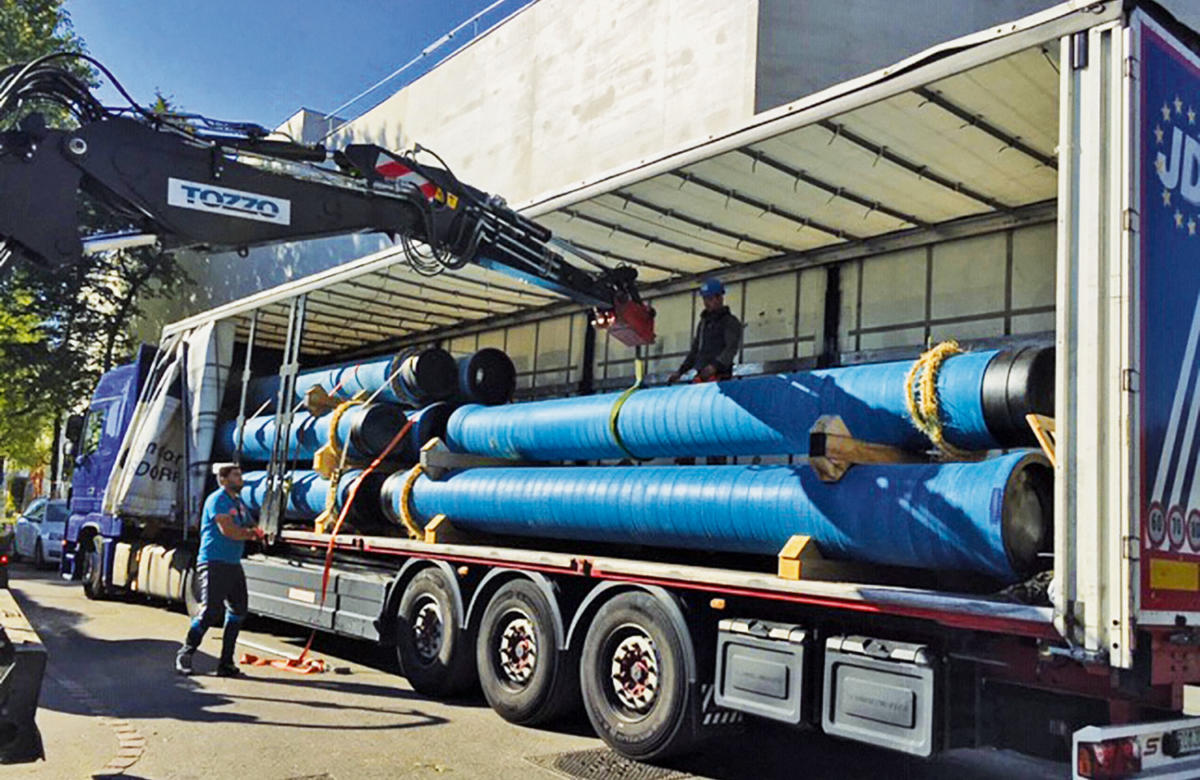 Transporting the pipes from the factory directly to the construction site. 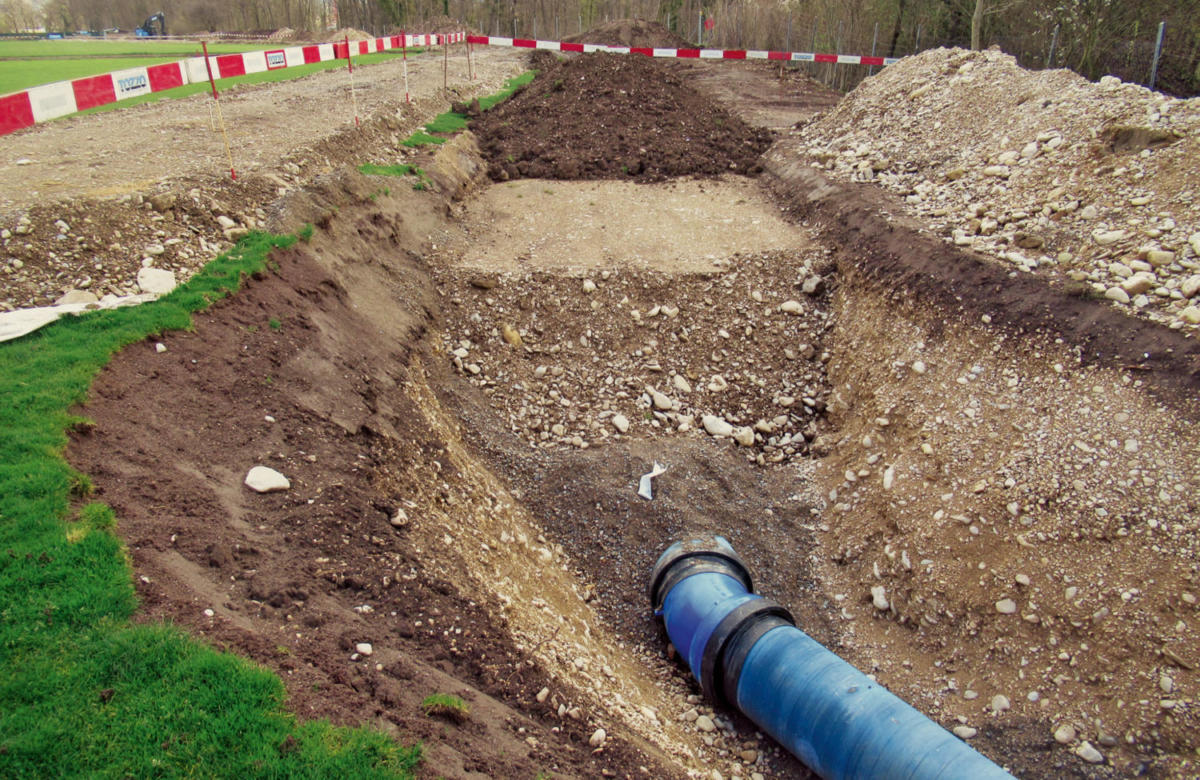 The different types of soil are clearly visible, but the ductile iron pipe with cement mortar coating is up to any situation. Unpolluted excavation material can also be used again for backfilling the trench.

In January 2019 the water supply pipeline and pumping station were able to go into regular operation.