The Fachgemeinschaft Guss-Rohrsysteme (FGR) e.V. is a technical and scientific association whose membership comprises European companies producing pipes, fittings and valves made of ductile iron.  The association also operates under the English-language name European Association for Ductile Iron Pipe Systems ∙ EADIPS. Through its public relations work, the association endeavours to ensure that there is an idea that is firmly rooted in the minds of those who make professional use of these products or who take a specialist interest in them, namely that all the tasks connected with the transportation of drinking water, waste water and sewage can be performed easily, safely, reliably and economically with the ductile iron pipe system (pipes, fittings and valves).

Extreme challenges for 55 km of a cast drinking water pipeline

Extreme temperatures from -40 °C to +30 °C, challenging gradients, a very narrow time frame and transport logistics which, because of the remoteness of the site, presented some serious snags: all this was expected by cast iron pipe manufacturers Tiroler Rohre (TRM) in Mongolia …

From the afternoon of 8 August 2007 until the morning of 9 August 2007, the volume of rainfall in the Swiss valley of the River Birs reached unexpected dimensions: between 90 and 120 mm of rain fell there in just 15 hours. “Normally this represents the total average rainfall for a month …

The INFINITY gate valve design from ERHARD with the usual flange connection to EN 1092-2 is now be supplemented in the product range by a version with PE welding ends. Depending on the pressure stage, the resilient seated gate valve according to EN 1074 …

A new generation of underground hydrants

Investing in ductile iron pipe system pays for itself in low installation and operating costs with, at the same time, an extremely long operating life!

The technical performance of ductile iron pipe systems ensures the highest safety and reliability in all areas of the water industry! 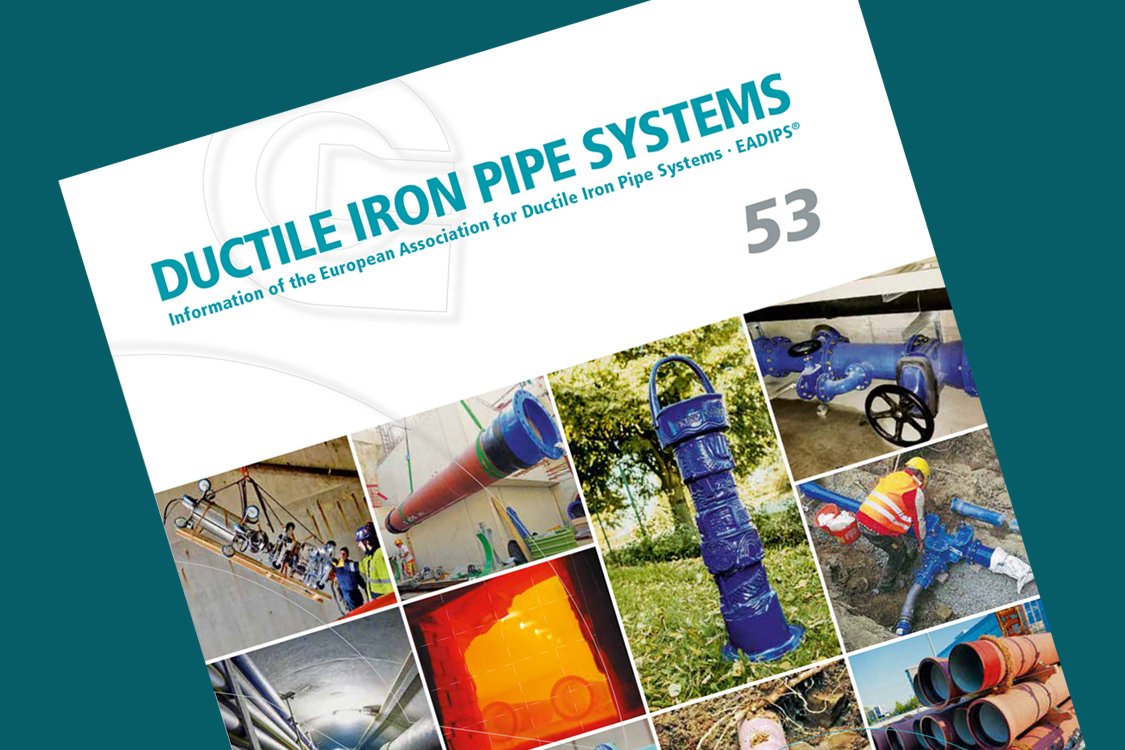 To the topical Annual Journal
To the newsletter announce