750 m of ductile iron pipes for the turbine pipeline 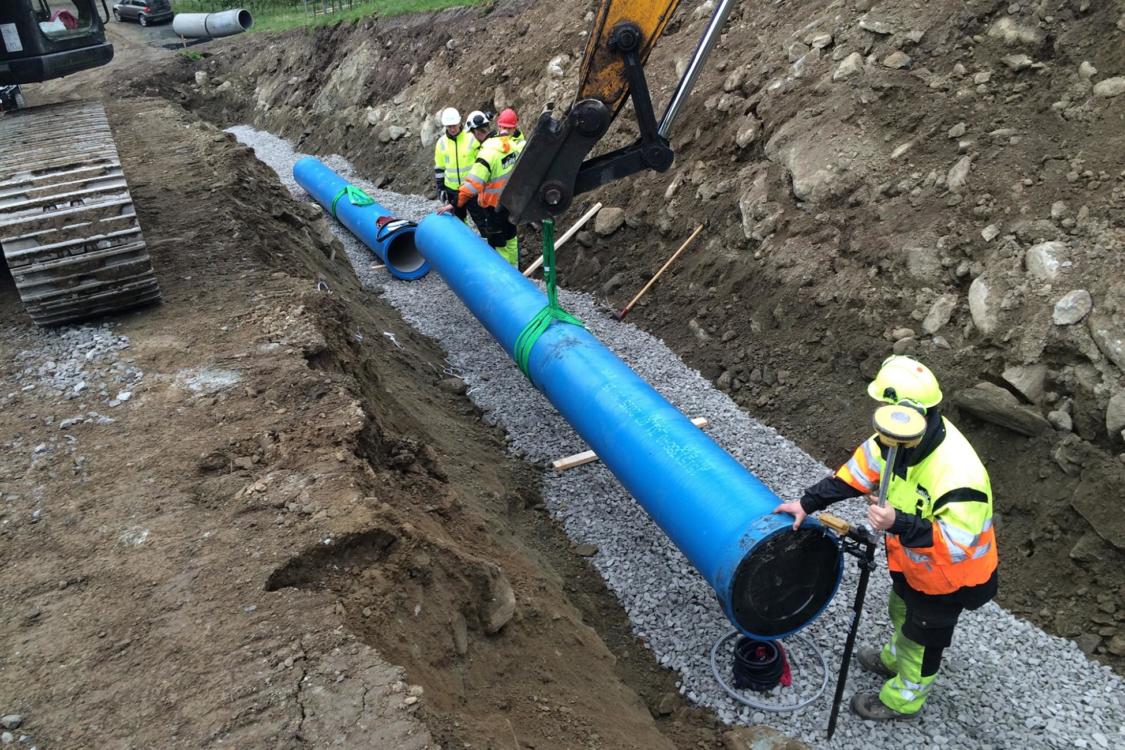 In Ullensvang in the Norwegian province of Hordaland, with Bergen as its capital city, Sunnhordaland Kraftlag (SKL) is building a new hydropower station. Ductile iron pipes were used for part of the turbine pipeline.

For the new hydroelectric power station, water from the Storelvi, is supplied to the turbines. The major part of the region around Ullensvang is located within the Hardangervidda national park, Europe’s largest mountain plateau with the Hårteigen as its highest point at 1,690 m. In its top section running from the water catchment area, part of the 1,500 m long turbine pipeline is laid in a tunnel driven for this purpose. The pipeline in the 750 m long lower section consists of DN 600 and DN 500 ductile iron pipes, in part with BLS® push-in joints. While the first 200 m from the powerhouse run through relatively level ground, some impressively steep slopes had to be coped with towards the tunnel opening.

On this section, DN 500 pipes with BLS® push-in joints were used. The turbine pipeline has a head of 650 m and is designed to a pressure of approximately 64 bar. Once completed, the Storelvi hydropower plant will deliver around 14 GWh of power.